The bi-lingual programme will be launched in three primary schools in the Grade One classes in Karaudarnau, Sawariwau and Maruranau where students will be taught in their native Wapishana language. Johnson said that the programme is also aimed at preserving the indigenous language.

Ever since the 1980s, Johnson noted that it was realised that access to education has been impacted by the fact that Guyana among other countries is not mono-lingual. 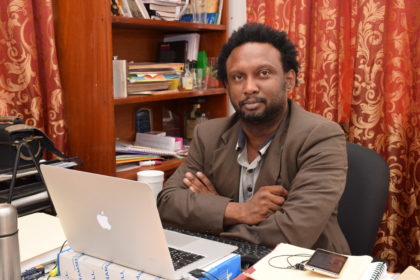 “The challenge that this poses is that, when you execute an English Language curriculum in a community that the young people or the community as a whole does not treat English as a first language, you create a double barrier to learning itself and then having to essentially translate as you are learning,” Johnson explained.

“Translate does not quite capture it, but the Grade One curriculum rendered in Wapishana, not just in terms of a simple literal linguistics translation, but in terms of ensuring that symbols within the text for example represent reality of the communities themselves,” Johnson explained.

Johnson said that President David Granger, Prime Minister Moses Nagamootoo, and Minister of Indigenous Peoples’ Affairs Sydney Allicock, along with a number of government officials have all spoken on the need to preserve the indigenous language.

According to Johnson, “language is best preserved when it is active as opposed to capturing it in a static form; whether a book or CD and this is where early childhood education plays a role.”

The Cultural Policy Advisor is hoping that by teaching the students in their native language that there is a higher pass rate in examinations in indigenous communities. Johnson noted that teachers have already been identified and have commenced training and participation in various workshops. The workshops include re-writing the curriculum in Wapishana, but with added details to make learning easier.

Johnson pointed out that the programme is expected to run for five years with the aim of having it in all indigenous communities and at higher school levels.