A cohesive well-functioning society is crucial to maintaining development which is why the Coalition Government established the Ministry of Social Cohesion when it took office in 2015.

That entity has since become a department of the Ministry of the President underscoring its importance.

Participants engaged in one of the Department of Social Cohesion’s Diversity Education and Inclusion Training exercises for teachers, held earlier in 2019

Subject minister, the Hon. Dr. George Norton said the administration forged ahead and implemented the necessary policies and programmes despite the opposition’s criticism.

“It is interesting the sort of negative narratives we have encountered from the opposition since the department has been established … however, it was designed to bring our peoples closer together as our national motto states – One People, One Nation and One Destiny.”

Dr. Norton highlighted the Diversity Education and Inclusion training exercises intended to inform and equip persons at the community level to better understand the country’s diversity. Participants were taught how to resolve their differences and collaborate while understanding their roles in the process.

Among the department’s other success stories is the Regional Exchange Programme which targets youths aged 14 to 25. It teaches them the importance of social cohesion in nation-building and the role they can play individually or as groups to develop their communities. The department held its third Regional Exchange Programme this year which targeted 166 Indigenous youths from 23 South Central communities in Region 9.

Looking ahead to 2020, Minister Norton gave the assurance that his department will continue working to close social gaps and promote equity. 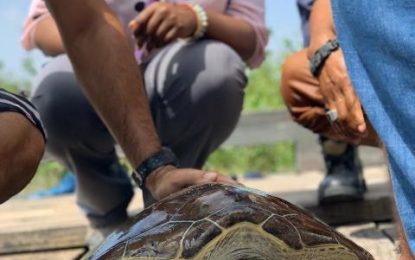