─ “both men and women are affected by cancer” – Dr. Kumar reminded Berbicans

─ “make sure that you take a regular check, just in case you might be a cancer victim you can be treated as early as possible,” President of Cancer Society Berbice Chapter urge residents

As Guyana joins the world in the observance of Cancer Awareness Month 2018, close to 500 residents in the East Berbice Corentyne Region, merged with the Cancer Society Berbice Chapter on Wednesday afternoon, and participated at its annual cancer awareness march, to advocate and fight against the life-threatening disease.

Scores of participants attired in the traditional pink shirts and pink ribbons assembled at Tacama Turn, Stanleytown, then strode along the main street of New Amsterdam before climaxing at the Esplanade Ground, New Amsterdam. 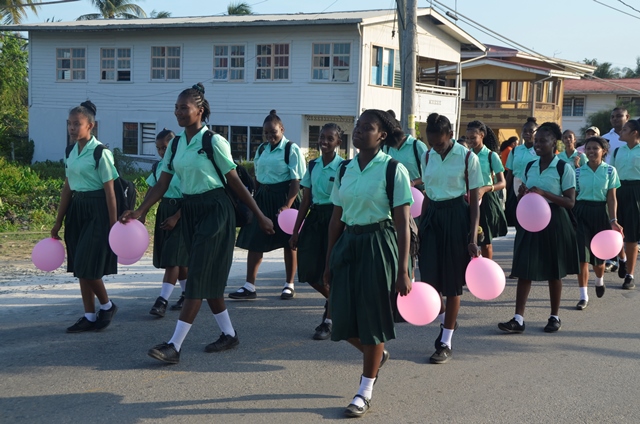 Berbicians marching through the streets of New Amsterdam in support of the fight against breast cancer. 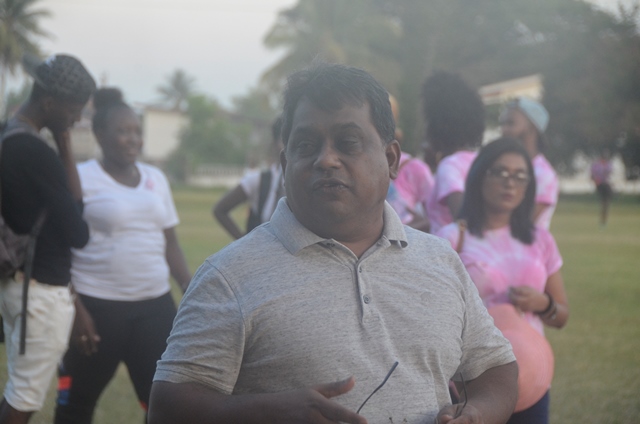 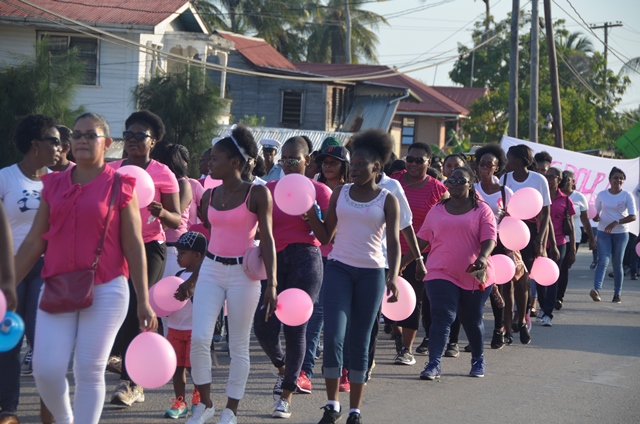 Berbicians marching through the streets of New Amsterdam in support of the fight against breast cancer.

Medical Practitioner, Dr. Ganesh Shiv Kumar while addressing the gathering, spoke of the importance of having frequent breast screening and examination done. According to the Medical Doctor, most persons would realize that they have the deadly disease when the condition is at its worst.

Dr. Shiv Kumar noted that both men and women are affected by cancer. He stressed that young ladies, when approaching adolescence age, should take good care of themselves.

It was highlighted that statistics have shown that lung, bronchial, breast, pancreatic, colon and rectal cancers are among the ten deadliest. Additionally, it also pointed out that people of African and East Indian descent are most at risk of having breast cancer.

In closing, the doctor encouraged persons to take advantage of the advertisements and brochures that are distributed by the Ministry of Public Health (MoPH), so that they can have better knowledge of the non- communicable scourge.

Carmain Pluck, President of the Cancer Society Berbice Chapter, said that the Chapter of the Cancer Society is prepared to “stand with their cancer victims to the end.” She also shared similar sentiments to those of Dr. Kumar and admonished residents to “make sure that you take a regular check, just in case you might be a cancer victim you can be treated as early as possible”.

The Cancer Awareness March received support from students of the University of Guyana’s Berbice Campus, the Vryman’s Erven Training Centre, the New Amsterdam Technical Institute, members from the Youth Arm of the Seventh-Day Adventist Church, stakeholders, business owners and residents of Berbice. They all faced the fiery sun and walked under the theme: “Early detection, early cure.”