Representatives from the public and private sectors are engaged in a four-day training workshop designed to build their capacity to address issues relating to the CARIFORUM-EU Economic Partnership Agreement. 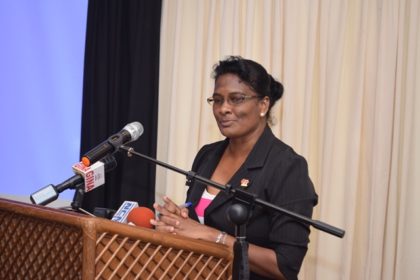 The Caribbean Forum of African, Caribbean and Pacific Group of States (CARIFORUM) and the European Union are facilitating the workshop that will address issues of competition, trade facilitation and public procurement.

At the opening of the workshop today, at Herdmanston Lodge, Permanent Secretary at the Ministry of Business, Rajdai Jagarnauth, explained that promotion and enhancement of competition is critical in the regional market.

Jagarnauth noted that the workshop was coordinated under the Competition and Consumers Affairs Commission (CCAC) having recognised the need to have an effective market system in Guyana.

The Permanent Secretary said that there is a deficiency in competition and Guyana is not aggressive in dealing with it. She added that as the economy grows the CCAC will be faced with many challenges.

Jaganauth noted that a successful competition policy guarantees and reduces barriers. She said a competitive market is necessary for markets to function effectively and foster growth. “Lack of competition means that local markets are not fully developed, are less competitive than their foreign rivals and are less likely to compete globally. Competition leads to lower prices, higher quality and more choices for 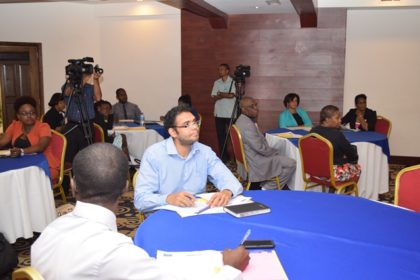 Some of the participants at the CARIFORUM competition training workshop

According to the Permanent Secretary, the Ministry of Business has a four year strategic plan to address competition.  “We have incorporated consumers and competition issue as part of the programme which is to safeguard the competitive market and encourage new business activities and innovation,” she said.

The specifics of the plan are to set up and enforce competition laws and regulations aiming to prohibit abuses by monopolists, curb collusive practices among firms and to prevent undue concentration of market power 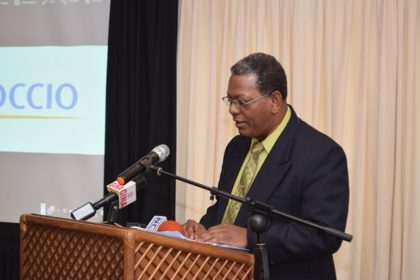 Development Director, CARIFORUM Corporation, Eugene Petty, explained that the overall objective of the project is to support the beneficial integration of CARIFORUM states into the world economy. He added that the project will contribute to the development of training materials and will enhance progress in achieving regional integration including the CARICOM Single Market and Economy.

“Where there is effective and fair competition, firms become more innovative and prices are cut down and drive economic growth and sustainable development. Competition laws help to prohibit anti-competitive behaviors by businesses and prohibits abusive behaviors as well,” Petty explained.

European Union Delegation to Guyana, Albert Losseau, said the initiative comes as a commitment of the European Union. Losseau explained that training will enhance human, legal and institutional capacities to enable CARIFORUM states to honor their commitments and attain the objectives of Economic Partnership Agreement (EPA).

The workshop is funded by the EU for Euro 3.1 million and is being facilitated by CARIFORUM, for the duration of 27 months.