Guyanese students and nationals living in China were treated to a weekend of empowerment, rejuvenation and patriotic festivities, including an in-door ‘Mash’ parade, sponsored by the Ministry of the Presidency, Department of the Public Service and held under the auspices of His Excellency, Mr Bayney Karran- Ambassador of the Cooperative Republic of Guyana in Beijing.

The event, dubbed, ‘Ministry of the Presidency, Department of the Public Service Students’ Retreat’, was the first of its kind and was conducted during the period 22nd – 24th February 2019. Spearheaded by Department of the Public Service Student Affairs Officer (SAO), Ms Tanza McAlmont, with support from the newly formed student body, the Guyana-China Students’ Association; the event was aimed at bringing together students and Guyanese nationals from far-flung regions in China to foster a spirit of camaraderie. As indicated by SAO McAlmont it was also an opportunity to remind students that the Department of Public Service cares for not only their academic and financial wellbeing, but also their mental and emotional needs. 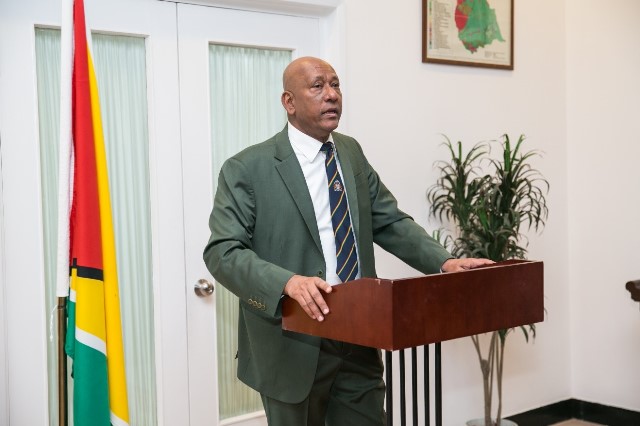 H.E. Ambassador Karran, delivering a speech before the hoisting of the Golden-Arrow Head. 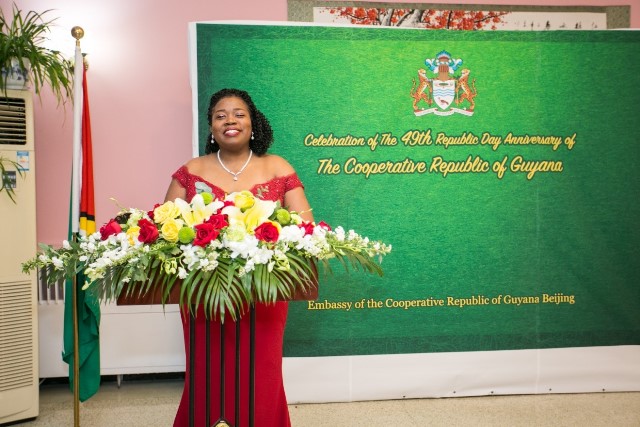 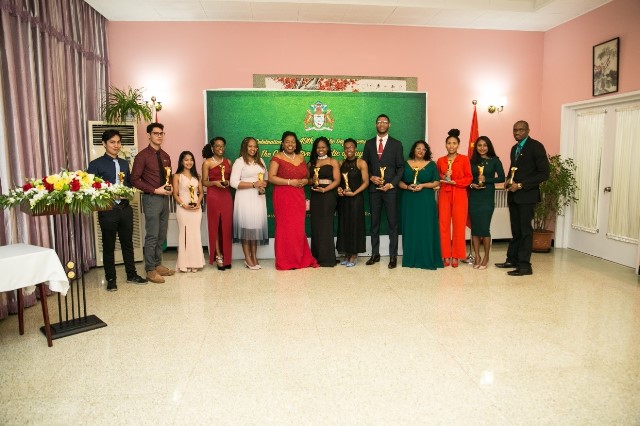 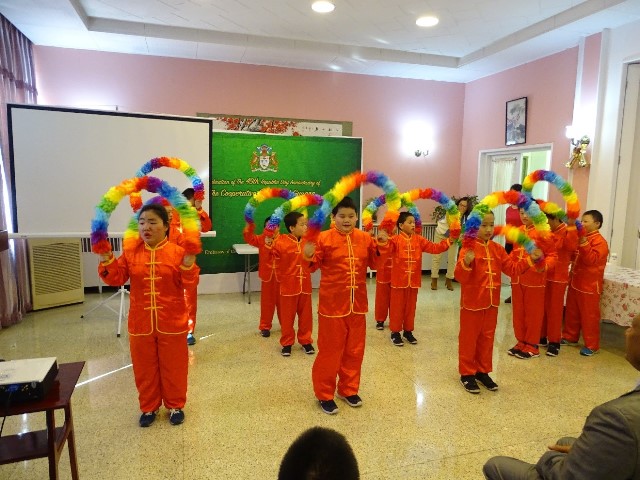 A group of Chinese Orphan kids from the Beijing Welfare Centre with a Cultural display.

The weekend retreat coincided with Guyana’s 49th Republic Anniversary and therefore featured a number of patriotic activities. The flag raising ceremony commenced with a stirring address by Ambassador Bayney Karran. Also, in attendance at the ceremony were H.E. Audrey Waddell, Director-General of the Ministry of Foreign Affairs and H.E. Charlene Phoenix, Guyana’s Ambassador to CARICOM and Director of Department of the Americas at the Ministry of Foreign Affairs, who were in China on official business. Following the Ambassador’s address, all in attendance assembled in the courtyard of the embassy, where student, Mr Rayon Abrams, had the distinct honour of being the first Guyanese to raise the Golden Arrowhead at the Embassy of the Cooperative Republic of Guyana in China.

Later that evening, members of the diplomatic corps in Beijing joined embassy staff, Guyanese nationals and students, for a Republic Day Reception at the Embassy. The programme, hosted by student, Kayshell Jennings, featured the 49th Republic address by SAO McAlmont who used the opportunity to motivate the scholars “Students, you are the future of tomorrow, I urge you to work diligently, never losing sight of the light at the end of the tunnel. You should strive to be humble, take initiatives, and forge bonds that will leave a lasting impression,” Ms McAlmont said. Also decorating the programme, was poetry by final year student- Reshana Thomas and dinner.  The highlight of the evening was the presentation of star-studded trophies by SAO McAlmont to outstanding students who will complete their degree programmes and return to Guyana this year.

The final day of the event was perhaps the most memorable. It focused on the spirit of community service through a daylong activity with children from the Beijing Welfare Centre for Children and the entertaining of guests from the China People’s Association for Friendship with Foreign Countries (CPAFFC). Guyanese born British national, Ms Delisa McPherson, gave an insightful presentation on Guyana’s first peoples- the Indigenous Guyanese and the festival they gifted Guyana, which all Guyanese look forward to annually on Republic Day- ‘Mashramani’. She explained how the name of the festival is an indigenous word that means ‘celebration after cooperative work’. The children from the Welfare Centre wowed those in attendance with cultural presentations including dancing, singing and calligraphy. Later in the afternoon, Guyanese students guided the children into making Mashramani headdresses, which they displayed in the culminating in-door ‘Mash Parade’. Ambassador Karran, the members of the CPAFFC and teachers from the Welfare Centre also joined the parade.

All in attendance remarked that the weekend retreat was indeed a resounding success. Kudos to SAO McAlmont, Ambassador Karran and the staff of the Embassy of Guyana in Beijing, the Guyana-China Students’ Association and all those unnamed who made this event possible. Special appreciation is extended to the Ministry of the Presidency Department of the Public Service- Training Division, for its dedication to Guyana’s students abroad.