Attorney-at-law Mayo Robertson has said the chances of the opposition PPP being successful at the Caribbean Court of Justice (CCJ) is very “slim”.

The opposition filed an appeal to the CCJ following the ruling on Monday by the Guyana Court of Appeal on the Eslyn David versus Guyana Elections Commission (GECOM) matter.

Robertson, one of the lawyers appearing for the applicant was speaking on the radio show ‘Straight Up’ last evening. 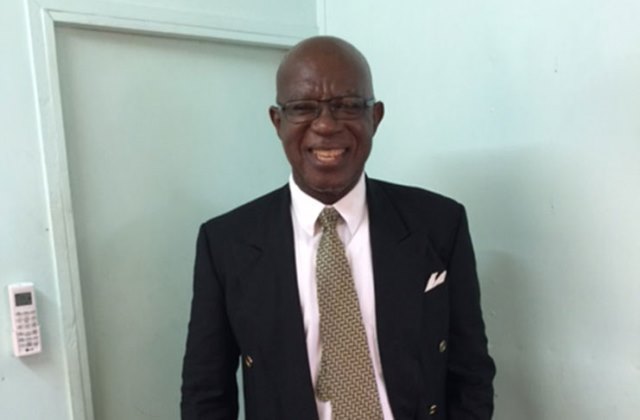 Attorney-at-law Mayo Robertson who appeared for the applicant in the Eslyn David versus Guyana Elections Commission matter heard in the Court of Appeal on June 21, 2020.

“There is no basis for an appeal. If such an attempt is made it will go nowhere because the language in the constitution is clear and unambiguous. I can’t say they will not attempt but the chances of them being successful are extremely slim,” Robertson explained.

The Appeal Court in a 2-1 majority ruled that it has jurisdiction to hear the case brought by Eslyn David stopping the declaration of results for the March 02, General and Regional elections based on ‘tainted’ votes.

Justice of Appeal Brassington Reynolds in his ruling also made it clear Article 177 (4) of the Guyana Constitution confers jurisdiction over the Court of Appeal in respect to the validity of an election of a president or upon the interpretation of the constitution.

He emphasised that there is no provision in respect of which this issue can be raised in any other court than the Court of Appeal.

Robertson further explained that in this particular case an appeal to a higher court is not possible.

“Because the same paragraph in the Constitution of Guyana that made it possible for us to bring these proceedings, says clearly that any proceedings under this paragraph the decision of the court shall be final.”

The respondent in the case had asked for a three-day stay which was granted.

Robertson pointed out that once that period is up, the Chief Elections Officer has to submit his report for a declaration, and that he is now required by law to include in his report only ‘valid votes’.

The constitution he noted, clearly outlines that the GECOM Chairman can make the declaration acting only on the advice of the CEO’s report.

“What seems to be an obvious situation, when the constitution speaks about votes cast, they could not have possibly contemplated non-valid votes,” Robertson said.

The case heard in the Court of Appeal, was brought by a private citizen Eslyn David against GECOM’s Chief Elections Officer (CEO), Keith Lowenfield; the Chairman, Justice (Ret’d) Claudette Singh; and the Attorney General and Minister of Legal Affairs, Basil Williams SC., over a decision by the Commission to declare the results of the March 02 General and Regional Elections based on a report that is to be submitted by the CEO including votes which are not valid and credible.