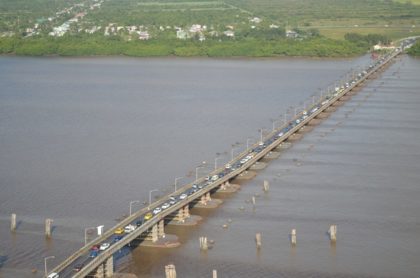 Overview of the Demerara Harbour Bridge

Adams explained that the company is currently in discussions with the captains of pilot boats and examining schedules and tidal conditions to see how best night retractions can be reintroduced. The opening span of the bridge is retracted to allow passage of vessels.

The night retractions will only facilitate large vessels and will not allow slow moving vessels including barges to pass. According to Adams, preparations are being undertaken to correct the necessary works for the re-launch of the night retractions.

“We had to reinstall some navigational lights that are on the West Coast of Demerara and in the sugar terminal compound there were some existing towers they hadn’t light so we installed the lights. We’ve installed the solar panels that would charge those lights,” Adams said.

Pointing out that the lights were not used over a period of time and overgrown vegetation obstructs the line of vision, Adams said that  once these are cleared the process will begin.

The General Manager noted that day retractions will not be abandoned; however, the length of time would be reduced. One of the issues with the day retraction is not being able to open at the optimum tide, which heavily impacts the bridge.

“Vessels cannot carry their maximum loads or even if they do, that that puts them at a risk in terms of them working against the tide because most time the tide would be falling and that means they will have to compensate by increasing their speed through the bride. That can have impact on the bridge in terms of drag and we have had incidents where that has happened and it caused damage to the bridge,” Adams explained. 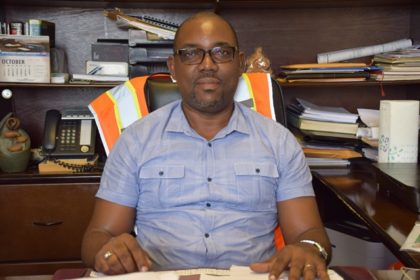 The night retractions are expected to commence before the end of the month. Meetings were held with the staff of the DBHC to inform and update them of the process.

Meanwhile, the cost to maintain the bridge continues to increase. The General Manger told GINA that the repetition of heavy loads crossing the bridge and corrosion of pontoons are driving up maintenance costs.

Adams said that in the last seven years there has been a shortfall in maintenance and operation cost.

“We’re only making $450 million and expending $847 million so the government through subvention has been making up that shortfall. Revenue is not adequate for the maintenance and this bridge does not have the ability to sustain itself,” Adams explained.

In 2015, the government advertised for expressions of interest for the undertaking of a feasibility study and design of a new bridge across the Demerara River. One was received and that is engaging the attention of the authorities.

In the 2016 budget, the sum $150 million was allocated for the purchase of materials and continued maintenance of the bridge.

The DHBC is a vital link for commuters between Regions Three, Four and further afield. It is estimated that close to 10,000 vehicles traverse the bridge daily.