The design for the construction of a waterfront at the Stabroek Market is approaching the final stage after which works would commence. Minister of Public Infrastructure, David Patterson, told the Government Information Agency (GINA), that his team will return to the Ministry of Finance to submit the draft design of the Stabroek Market Waterfront project on Monday.

“We have the concept design … because the detailed design has to be done and the scope of works which were very ambitious can match the money available,” the Minister explained. 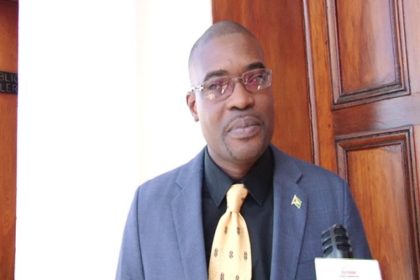 Patterson said that the Stabroek Waterfront project together with stellings, wharves, ports and airstrips development are being funded by the Government of Guyana and the UK-Caribbean Infrastructure Fund (DFID) at an estimated $6.5billion.

The Minister said that works on the Bartica stelling is moving apace. He noted that the project is approximately 25 percent completed. “It’s a whole new revamp, the contract has been awarded and at the moment works continue,” Patterson said.

According to the minister, when completed, the Bartica stelling will boost the township and greatly benefit the residents. He said that the rehabilitated stelling would have upper and lower floors. “The lower floor will house commuters, transportation and goods and the upper floor will have commercial space, social space for the residents of Bartica and we do hope it will become the place for activities,” Patterson said.

The rehabilitation of the Bartica Stelling is seen by Minister Patterson as the perfect opportunity to re-design the future of Guyana, bringing it in tandem with the development that is likely to be seen in the coming years.

Patterson assured that that his Ministry is working diligently to provide improved infrastructure across Guyana.