The extension of the Batavia Primary School in Region 7 is moving apace. It is expected to be completed in August month-end; just in time for the September term.

“I think the quality of construction that is taking place is one that we [government] are satisfied with… However, we anticipate the day when the Nursery and Primary students will be housed in separate buildings,” remarked Minister of Social Cohesion, Hon. Dr. George Norton, during an interview with the Department of Public Information (DPI).

It was explained that the extension takes into consideration the growing population within the community. 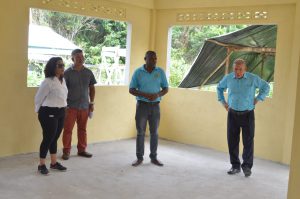 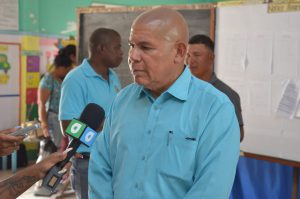 Meanwhile, according to Deputy Regional Executive Officer Holbert Knights, the regional administration will undertake the construction of a Special Needs School at Bartica; a science laboratory at D.C. Caesar Fox Secondary School; the extension and rehabilitation of Phillipai Nursery and Batavia Primary School and provision for a water supply system at Batavia Primary School.

Regarding community matters, Knights said that the administration is also looking at providing the community with access to potable water.

“We [government] recognise that residents have issues with accessing potable water [during the dry season]. So, in our submissions last year, we requested a water system and were able to receive a significant amount of approved funds to install either a well or water treatment facility,” he explained.

The deputy regional executive officer said the administration is currently considering the options to either establish a well or to partner with Guyana Water Incorporated (GWI) to do so.

During the 2019 National Budget, the region was allocated $3B, and of this amount, $2.5B caters for current expenditure and $448,608 will go towards capital expenditure.