The Guyana Fire Service is moving to align its services with international best practices. From November, the Fire Service will be providing an Emergency Medical Service. 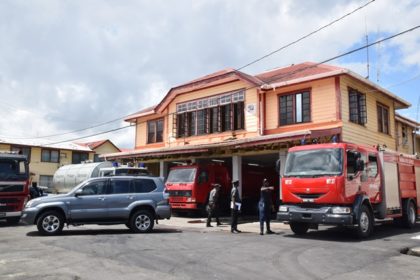 As many as five ambulances will be utilized. Fourteen persons have been trained by the Ministry of Public Health as Emergency Medical Technicians (EMTs). Gentle said, he expects that the fourteen EMTs will merge with those attached to the Georgetown Public Hospital Corporation to form the Region Four unit.

Other support services such as repairs and maintenance of equipment and the ambulances will be done by staff of the Fire Service.

According to Gentle, the Region Four Unit will be used as a pilot. “You know sometimes when we roll out these plans; maybe there are issues that will come along the way that maybe we will have to adjust to accommodate. That is why we are using Region Four, which is the most populated by far to do the pilot project,” he said.

Once the pilot phase is completed, other areas will be included in a phased approach, including the East Berbice area and parts of Region Three up to Parika, Gentle explained.

Training is currently being conducted at the Project Dawn facility, Lilliendall.

The Fire Chief said that the intention is to equip all of the Fire Stations in the targeted areas with ambulances and staff to man them on a 24 hour basis.

Initially, ambulances will be based at the Central Fire Station Stabroek, the Albertown and Diamond Fire Stations.

The existing 912 Emergency calling system will be used and protocols for use of the services and how the public can benefit are currently being worked out by officials.

Once the new service is rolled out, at least twenty ambulances and one hundred and sixty staff are  expected to be part of team.