Minister of Indigenous Peoples’ Affairs, Sydney Allicock said that the Coalition Government, over the last three and a half years, has been laying the foundation for the takeoff of a more advanced economically developed Hinterland.

This is evident, Minister Allicock said, in the billions of dollars spent on empowering youths through the Hinterland Employment Youth Service (HEYS), the green sustainable programme through Presidential Grants, several agro-processing and agriculture projects, radio stations and ICT hubs among others. 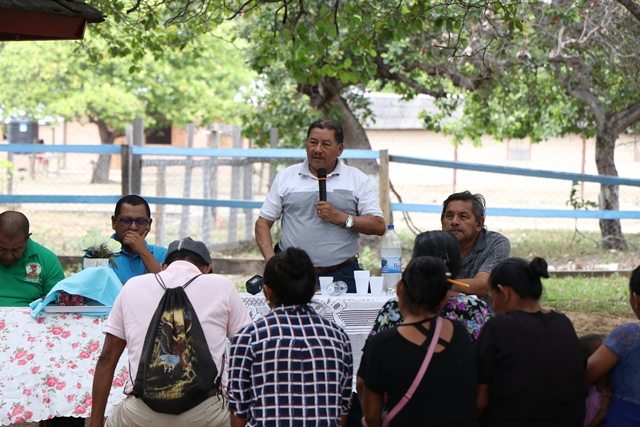 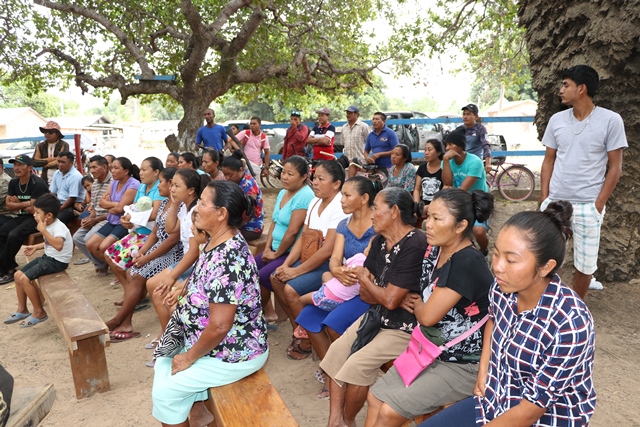 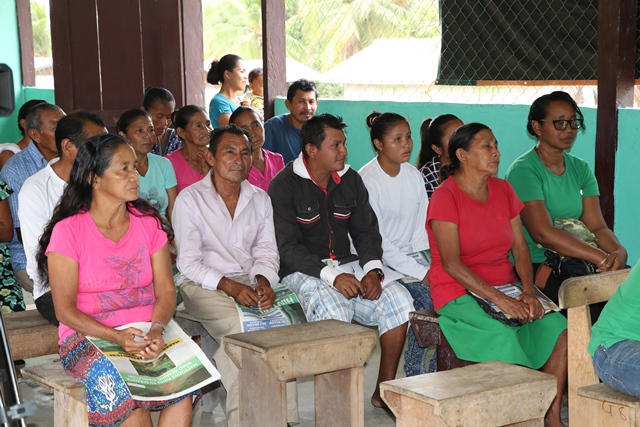 Residents of Rukumuta at the community meeting at the village’s community centre. 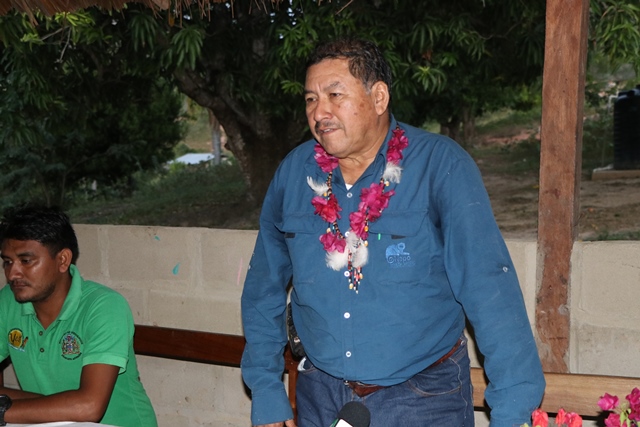 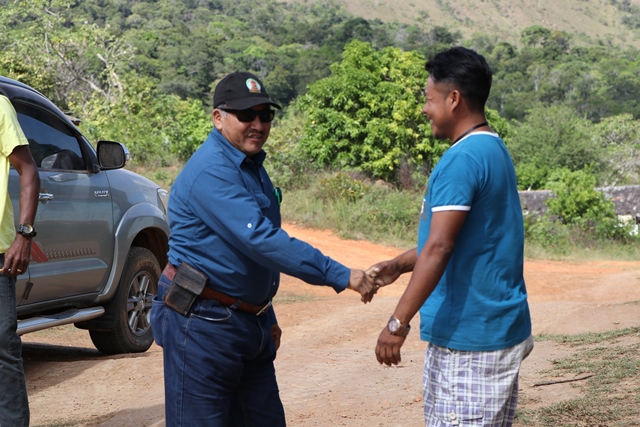 Minister Allicock addressed residents of the South Pakaraima during a recent ministerial outreach. The minister, who was accompanied by Legal Advisor of the Ministry, David James and Special Advisor on Projects, Martin Chung among others, visited the communities of Yurong Paru, Rukumuto, Tiperu and Karasabai.

At the Yurong Paru meeting at the village benab, Minister Allicock affirmed, “we have been setting a foundation for the past three and a half years, equipping you the people… 2019 we are ready to implement. We had the largest budget ($300.7Billion) and Region Nine has a budget that is even larger than the ministry’s budget; to do roads, upgrade schools, health facilities and other developmental projects.”

Minister Allicock explained that the government’s plan since it assumed office in 2015, was to bring the people together and to “put power in the hands of the people”.

“We are a government with six political groups, so we cover the entire country regardless of race, religion or background, we look after the people of Guyana… You have a right to share your ideas, make recommendations and make contributions towards your development.”

The minister added that the intention is to partner with the people, rather than dictate to them.

“We want to allow you to make your decision at the level of your community. You know the needs of your communities, so you have to bring those needs to us. Come up with your projects and we will be willing to support once it [resource] is viable.”

He also stressed the importance of proper management and accountability at the level of the Village Councils (VCs). He told the residents that once investments are being made into their villages, it must be accounted for and charged the councils to ensure their records are in order.

The minister also used the opportunity to outline some of the projects that will be implemented in 2019. Of the $1.9Billion allocated to the Indigenous Peoples’ Affairs Ministry, $36M will be expended for the Indigenous Languages Project, $235.3M for green sustainable projects in 215 communities under the Presidential Grant programme and $176M for support to HEYS students.

Carl Parker, who has recently been reappointed Regional Executive Officer (REO) of the region, said that his immediate plan is to ensure the communities are fully involved in the region’s work programme. For instance, once there is someone making furniture in an area, the region will hire that person to provide furniture to the schools in that area rather than sourcing it from one person in Lethem.

The National Assembly, in December, approved the sum of $1.63Billion for Region Nine. Among projects to be executed is the construction of a Nursery school in Yurong Paru, Annex and living quarters at Karasabai.