The delegation, headed by President, Akufo-Addo, got a quick look at the brewing, distilling and packaging of the beverage manufacturing factories. 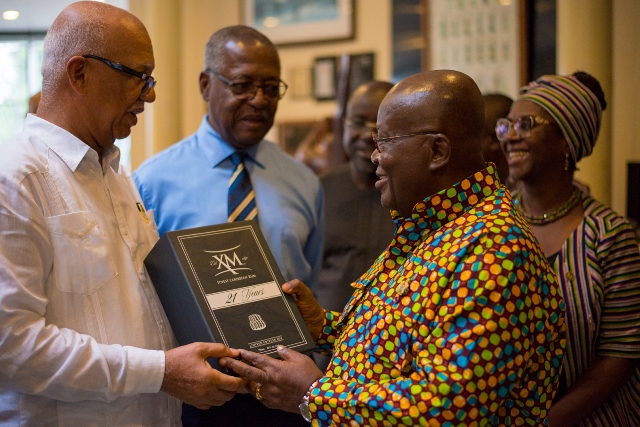 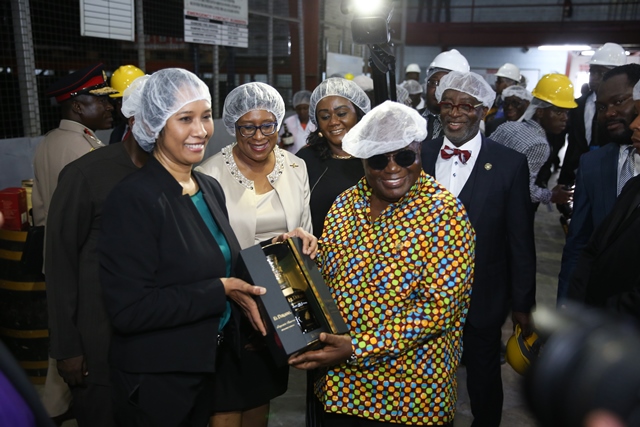 A DDL staffer presents a special blended 15 year El Dorado Rum to the President of the Republic of Ghana Nana Akufo-Addo.

The foreign delegation was accompanied by Minister of Public Telecommunications Catherine Hughes. The conclusion of the tours saw company representatives presenting tokens of appreciation to the members of the visiting delegation.

DDL is an internationally recognised producer of the award winning El Dorado rums, formally launched in 1670. The company is the largest supplier of bulk rums and alcohols in the Caribbean and the official Pepsi Cola representative.

Banks DIH founded in 1969, is also world renowned for the award-winning XM rums and Banks Beer. The company also manufactures various soft drinks, and confectionary, including breads and biscuits. It is also the local Coca Cola representative.