The long-standing matter of demarcation remains a major concern for Indigenous residents.

As the 12th Annual National Toshao Council Conference continued today at the Arthur Chung Conference Centre (ACCC), the issue of land titling and demarcation was tabled by many toshaos who shared their concerns.

Speaking with media operatives, Secretariat Manager at Guyana Lands and Surveys Commission (GLSC), Durwin Humphrey, explained that there may be the need for revision of the laws relating to lands governance and the commission is currently working on it.

“We have several procedures and legal issues as it relates to Amerindian land titling. We have to ensure that proper investigations are carried out prior to demarcation… We have been seeing issues where proper investigations were not conducted, however, not by GLSC. But, as a result of an imperfection in the system for land titling. We are starting with a review of the legislation and we can put forward a recommendation to improve the system,” Humphrey explained.

The Secretariat Manager noted that improvements are already evident and the commission will begin working with several villages this year to resolve the matter.

According to Humphrey, the GLSC functions with a combination of the Amerindian Act of 2006 – which has a reference made to the State Lands Act under which title is granted and the Survey Special Provision Act which deals with the demarcation of lands prior to land title.

Humprey said the commission is resolute on working in accordance with the Constitution of Guyana thereby avoid conflict.

Presently under the State Lands Act, there are several regulations which detail the rights and privileges enjoyed by Indigenous communities.

These include the right for Indigenous peoples to cut, dig or remove from unlicensed state lands, any substance which he/she may require for putting up any building or shed for residential purpose without permission.

However, one of the prohibitions states that no Indigenous person shall be at liberty to clear any forest land belonging to the state for the purpose of cultivation unless such land has been previously in the occupation of a licensed woodcutter and worked out or previously clear and cultivated.

Under the Guyana REDD+ Investment Fund (GRIF), the Government of Guyana in 2013, signed a GYD $2.3Billion (US$10.7Million) agreement for the implementation of the Land Titling and Demarcation project. This project is being spearheaded by the United Nations Development Programme (UNDP). 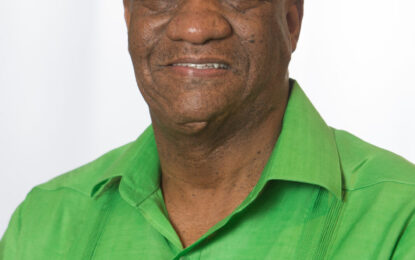 Author Details Alexis Rodney Author email alexis.rodney@dpi.gov.gy —says Coalition remains confident of victory. DPI, Guyana, Monday, May 25, 2020 As the national recount of the ballots from the March 2, General and Regional Elections moves toward completion, the APNU+AFC Coalition said it is... END_OF_DOCUMENT_TOKEN_TO_BE_REPLACED