─ had only budgeted to collect $181M in revenues for that year

The Guyana Revenue Authority (GRA) today announced that it collected $199Billion in revenues for 2018 as compared to the $171Billion the authority received the previous year (2017).

This disclosure was made by GRA’s Commissioner-General, Godfrey Statia during a press briefing today at the authority’s Camp Street office. Statia said that the GRA had only budgeted to collect $181M in revenues for that year. 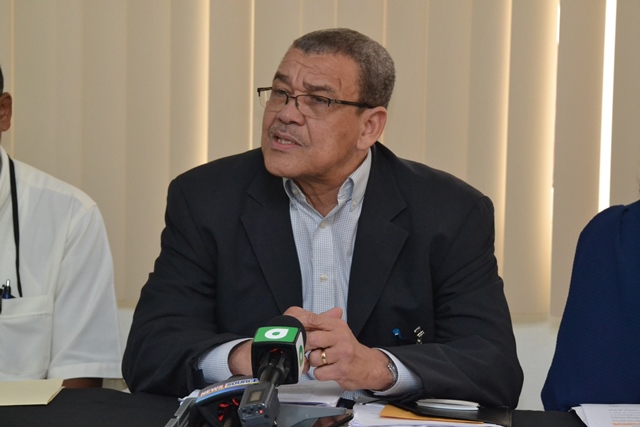 The Commissioner-General also disclosed that the sum of $15Billion in arrears was collected of which $7Billion resulted from the tax amnesty. He added that the revenues earned from court cases won by GRA amount to just over $5Billion and for cases that are currently before the courts, in excess of $15Billion is owed.

Regarding revenues owed to GRA, Statia added that the Guyana Stores Limited (GSL) had made a sizeable down payment and the two parties are currently in the process of negotiating how the remainder will be paid. The GRA had won a $4Billion case against Guyana Stores at Caribbean Court of Justice (CCJ) in March 2018.

He emphasised, “GRA is not in the business of driving people out of business, we try to work along with the taxpayer for them to pay their taxes. Taking away assets from the taxpayer is the last resort. It’s not Guyana Stores alone; they are many other taxpayers that have lost their cases. So, we have to work along with them so that we can collect rather than seize.”

On the issue of tax evaders, the Commissioner-General said that GRA continues to work with those persons to pay up their taxes. The excess of debt for taxes which are in arrears and would also include taxes in objection is about $40Billion, he said.

“Evaders are a continual process and would also include penalties because under Sections 10 and 11 (of the constitution) GRA could fine them as much as 100 per cent of what they have understated and, in some cases, we can take them to court, and they can go to prison for about six months.”

Statia explained that Tax evasion could include VAT, customs and income tax.

Asked whether there were any revenues from the oil and gas sector, the Commissioner-General said that there had been no revenues from this sector yet, however, revenues were garnered through withholding taxes and additional PAYE (pay as you earn) from employees within the industry.