Minister of State, Hon. Dawn Hastings-Williams highlighted the successes of the APNU+AFC Coalition to residents of Kabakaburi on Sunday.

Kabakaburi is a riverine community located in the upper Pomeroon River.

The minister, who was accompanied by Member of Parliament, Hon. Mervyn Williams, took note of the progress made in the village since the current government took office four years ago. 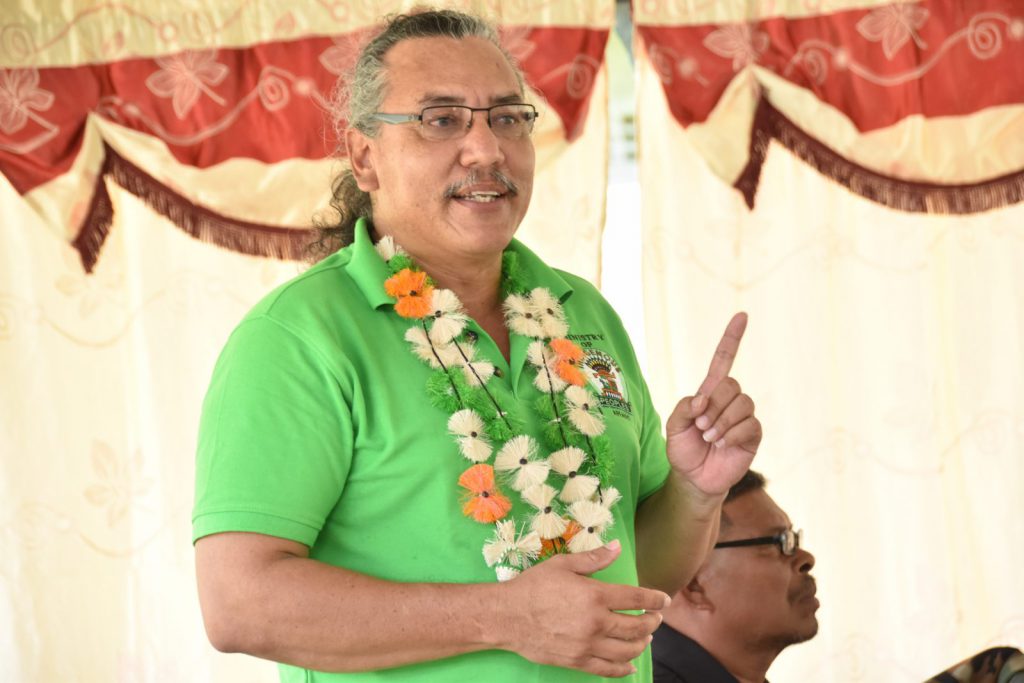 She added that there are to be further developments that will contribute to the country’s growth in various sectors.

In her interactions with the villagers, Minister Hastings-Williams said that it was satisfying to observe the many interventions implemented in Kabakaburi and surrounding villages in the Pomeroon River.

She highlighted that the fact that His Excellency, President David Granger has visited this village twice within six months. It shows that there is a particular interest in narrowing the gap in the quality of life in this village with other communities in the region, she noted.

MP Williams detailed what has been accomplished thus far. “These projects are worthy of mention… we built a cargo boat built, constructed a new system to house the Charity Secondary School Annex, and we have also constructed a teachers’ quarters… we built two landings in this village. We are also in the process of constructing two roads connecting this community with another.”

He said these developments are all initial steps in the Coalition’s first term in office. MP Williams said more will be realized, confidently stating that the government will return to finish the work they have started.

While these developments are taking place, residents asked that attention also be shifted to other needs such as the need for boats, and drainage and irrigation. Also, concerns were raised on land allocation in the village. In response to this, MP Williams agreed that the village council must address this particular issue.

On the topic of GECOM’s ongoing House-to-House Registration, well-known villager, Neville Callistro took the opportunity to encourage villagers to get registered and be ready to vote at the upcoming elections.

While in the community, the residents received agriculture material to aid with their main source of income; pitchforks and spades along with seeds for planting. To further promote sport in the area, the residents also benefitted from related equipment and shoes for children.

Other government ministers visited villages along the Pomeroon River including Wakapau, Jacklow, Kariwab and other riverine communities.

Some of the items that were handed over. 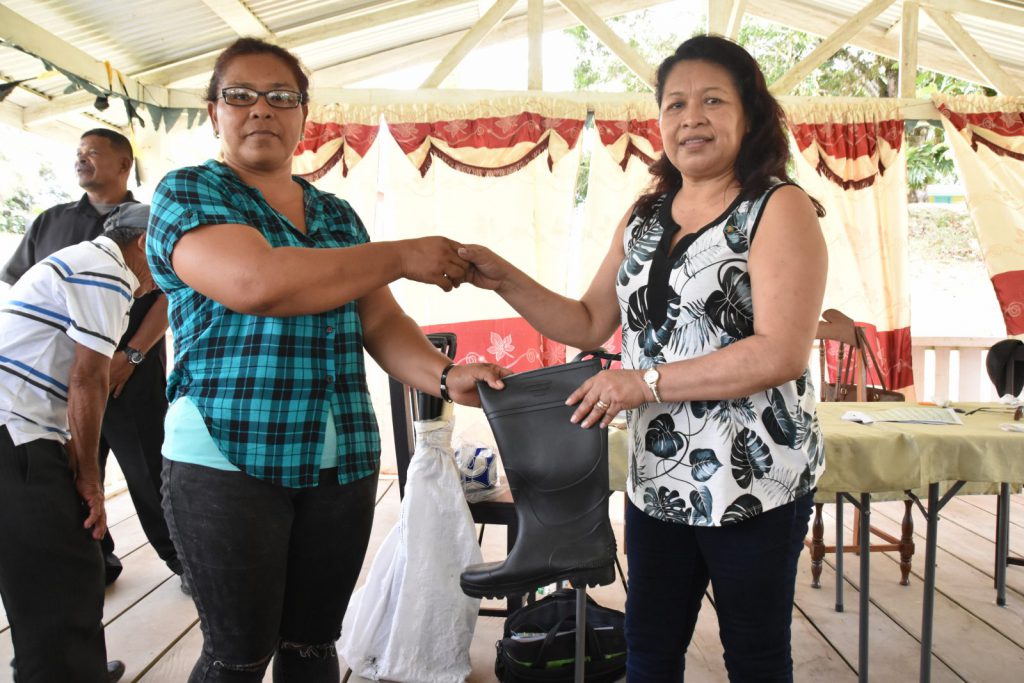 Some of the items that were handed over.