The Government of Guyana remains undoubtedly committed to aiding Caribbean territories that were affected by Hurricanes Irma, Jose, and Maria. The process began in Antigua and Barbuda, St Maarten, and the British Virgin Islands. 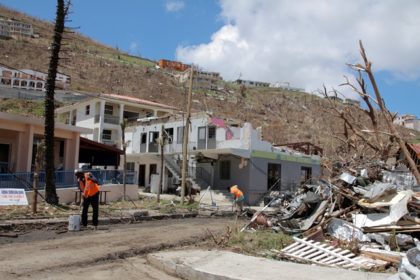 Horrendous Scenes from Tortola in The British Virgin Islands.

Speaking at his weekly Post Cabinet press briefing on Thursday, Minister of State Joseph Harmon explained that the Government has established a ministerial task force “headed by Prime Minister Moses Nagamootoo with assigned responsibility of coordinating the national effort towards offering humanitarian aid and solidarity to the affected Caribbean islands”.

The administration has decided that the sum of US$100,000 will be donated to the Caribbean Disaster Management Agency (CEDMA) Fund. Minister Harmon explained that the through the British High Commission, Guyana will be able to send additional food, medical and sanitary supplies that will be soon airlifted to Antigua in a C-130 military aircraft. An initial batch of ten containers filled with building materials will also be dispatched to the island.

Also, two bank accounts have been activated at Guyana Bank for Trade and Industry (GBTI) and Republic Bank to facilitate donations from the public, and a telethon will be hosted on NCN, from 8 to 10 pm on Saturday, September 23.

Hurricane Irma, one of the most powerful storms ever recorded in the Atlantic basin first struck the dual-island nation of Antigua and Barbuda on Wednesday, September 9.  The Guyana Needs Assessment team was deployed to the island of Antigua on Sunday, September 17. Following their arrival, an aircraft landed later that day with medical, sanitary, and food supplies, which were distributed.

Minister of Citizenship Winston Felix, who led the delegation, explained the decision was made to dispatch supplies to Antigua, after which it was distributed from there to other territories.

He said that the visit was “A positive one in terms of PR but looking in the faces of people with a house with no roof, expecting another assault from another milder hurricane was not a good experience. Within the humanitarian spirit we summon up, we as a Government are considering to what extent we can help them”.

To date, there has only been one recorded fatality among the Guyanese nationals in  Tortola, British Virgin Islands. Plans are being made to have the deceased and two family members transported to Guyana.

Minister Felix added that plans for the evacuation of persons from the affected islands are still in place. However, children will be made a priority, because the likelihood of a disease outbreak is possible, as persons are forced to wear masks and debris can be seen floating in the water.

The assessment documents have been left behind ‘to be sanitised’ Minister Felix pointed out because of duplications ( persons writing their names on the list more than once), and once this has been sorted, plans to evacuate persons will be on stream.

On the local front, several communities were adversely affected by stormy weather. The Acting President and Prime Minister Moses Nagamootoo will be heading to Bath Settlement on Friday, September 22, to have a first-hand look at affected areas. 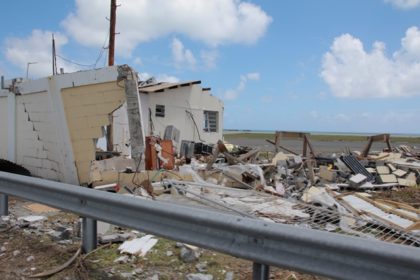 St. Maarten scenes after the hurricane. 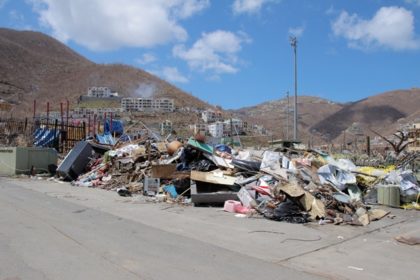 Scenes of the aftermath of Imra in Tortola BVI.