Speaking to members of the media on Tuesday, Director of the Guyana Tourism Association (GTA), Brian Mullis, said this meant the sector contributed significantly to the economy last year. 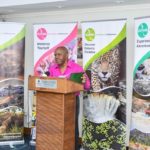 Donald Sinclair, Director General of the Department of Tourism. 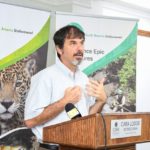 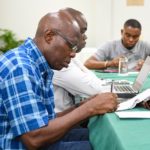 Some members of the Media.

Mullis noted that the six tourism awards secured by Guyana recently have helped propel the sector’s marketing effort and promotional investments in Europe and North America have generated more than $200Million (US$1M) in exposure.

“Guyana has also been featured much more prominently in our domestic media, we’ve noticed more stories, we’ve been putting out more press releases we’ve been sharing more information with the press and we can’t thank you enough for helping to raise awareness of tourism in Guyana,” Mullis said.

This year the GTA plans to complete the implementation of community-led enterprise development in four Indigenous communities, and work has begun with six others. According to Mullis, there are 10 new tourism products under development for 2020 and four will be launched in the first quarter of the year.

The Authority is also working with stakeholders to improve the quality of tourism offerings and to ensure that they meet international safety, quality and sustainability standards.

Director-General of the Department of Tourism Donald Sinclair was also present on Tuesday and noted the achievements of his department in 2019 such as the initiation of the Three Guianas collaboration and the signing of the Guyana/Suriname tourism accord.  The three territories have also committed to hosting tourism expos to raise their profile as a geo destination.

Sinclair also referred to the First Agri Tourism Expo and the establishment of regional tourism committees, the Rum Route and other initiatives the department has undertaken to boost local tourism.