Guyana’s preparedness for participation at CARIFESTA XIII plans on track

(Georgetown, June 27, 2017) – Guyana is working to ensure that its contingent to Carifesta XIII is prepared to contribute and represent as effectively and efficiently as possible to the many events planned.

The 70 member official contingent wing out to Barbados on August 16 under the theme ‘Guyana an Emerging Green State: As We Assert Our Culture and Celebrate Ourselves’. To make this goal a reality, the convenors of the various categories met yesterday with Hon. Minister Nicolette Henry, Director of Culture and Head of Delegation, Ms. Tamika Boatswain and National Events Coordinator, Lt. Colonel Godfrey Bess in the boardroom of the Department of Culture.

Ms. Cutting, Convenor for Film and Animation said that as part of the selection process for the Film and animation team only Bonny Alves and Michael James responded to the public calls for submission. She further reached out to studios and animators who submitted their work and ultimately seven pieces were selected. For film Cine Guyana submitted eight (8) films which are all going to Carifesta in addition to two independent films produced by Kojo McPherson.

The Fashion Sub- Contingent will be headed by Mrs. Small-Sonoram and will feature about five sets of creations from various designers. Mrs. Patricia Helwig, Convenor for Craft advised that after the jurying of craft creations, eight designers’ works will be representing Guyana officially in the areas of Craft/ Home Décor. Additionally eleven other booths were paid for by private individuals bringing the total representation to 15 craft persons.

Music Convenor, Andrew Tyndal says a band of 13 steel pan players will represent Guyana under the Performing Arts banner. They comprise the winners of the Minor categories of the 2017 Republic Bank Steel band Pan-O-Rama competition and they have been in rehearsals since March.

With regards to drumming, two groups, Otishka Drummers and Subraj Tassa Group auditioned and two drummers from each group were selected.

A team of 12 dancers are being paid for by the Guyana Government while there is an additional party of 9 who are raising funds to be part of the total dance contingent.

“Masque” written and directed by Subraj Singh, and winner in Best New Guyanese Play, Open Short category in the 2016 National Drama Festival, will be the signature dramatic item and will be performed by eight 8 members of the National Drama Company, supplemented by other NDC members who are also raising funds.

Ruel Johnson speaking for the Literary Arts convenors said six applicants submitted works to three judges. Initially three persons were shortlisted and of these three, one applicant opted out because of other commitments. The person who ranked fourth was then elevated to the final list. Guyana will be represented in Literary Arts by four persons led by Johnson. Additionally other Guyanese literature will be part of Guyana’s offerings at Carifesta XIII.

A public showing of the programme planned for Guyana Night is slated for August 11 at 20.00 hrs at the National Cultural Centre. Another meeting is planned for all members of Guyana’s contingent to Carifesta XIII in Barbados scheduled for August 17-27, 2017

Please find the Guyana contingent’s list of names below. 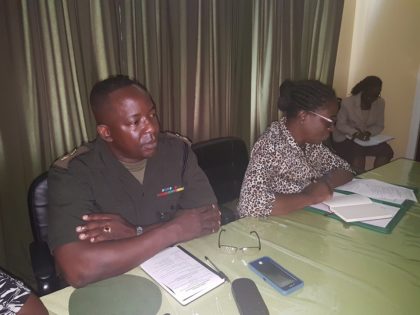 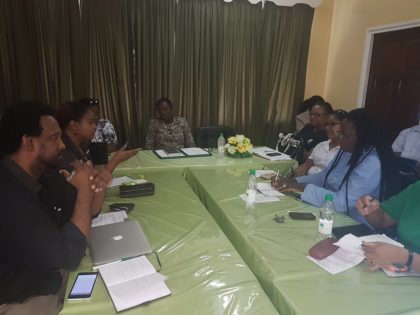