Handing over of Forensic Audit Reports to Commissioner of Police

The decision to have these documents handed over to the Police Commissioner for investigation was made at Cabinet Meeting held on October 25, 2016. 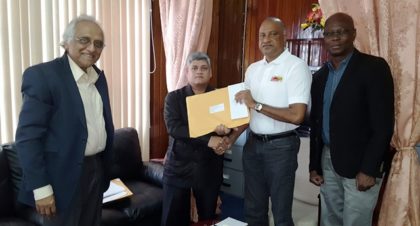