– SAK has health benefits for adults and children

The Institute of Applied Science and Technology (IAST) today launched Sak, a potato beverage native to the Indigenous people.

The drink was launched at the official opening of the Green Guyana Expo being held at the Providence National Stadium tarmac, Providence East Bank Demerara. 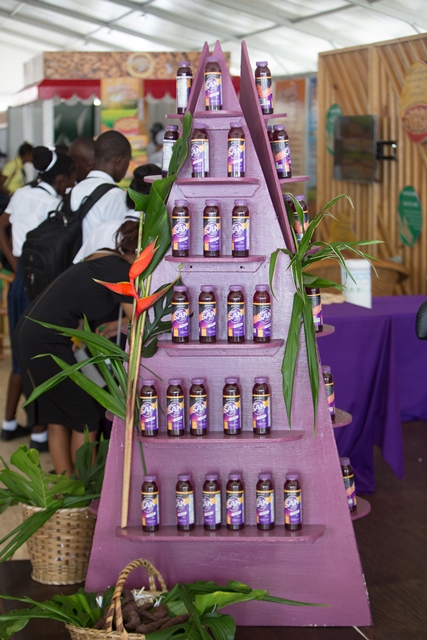 SAK, commonly known as fly, is a locally produced drink that Indigenous people make from the purple sweet potato. 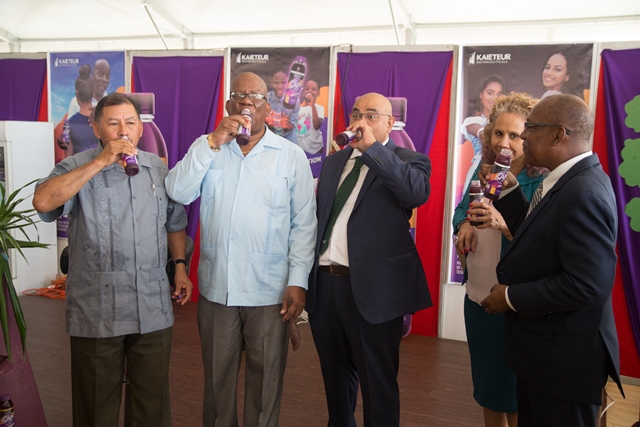 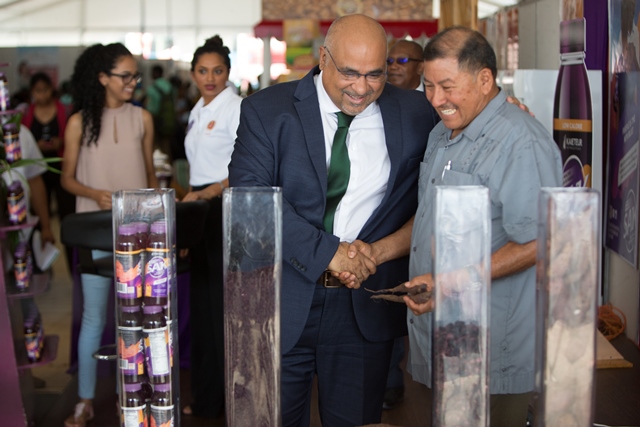 Chairman of the Institute of Applied Science and Technology (IAST), Dr. Suresh Narine, and Minister of Indigenous Peoples’ Affairs, Sydney Allicock, share a light moment following the launch of SAK.

Minister of Indigenous Peoples’ Affairs, Sydney Allicock, said bottling the well-known Indigenous drink will contribute to the economic improvement of many communities.

“This is for our sustenance in the hinterland and it’s coming to become, I’m quite certain, a big market for Guyana, a big market for our indigenous peoples and more so for the economy of our communities,” Minister Allicock said.

IAST Chairman, Dr Suresh Narine, said the product, is part of the approach to value the Indigenous knowledge.  The beverage is bottled under the brand Sak, a Patamona name for the purple sweet potato which is used to make the drink commonly known as fly.

This antioxidant helps regulate blood pressure, provide cardiac health and increases circulation among other things, Dr Narine said. The drink is also beneficial for children, he added, since it promotes brain development, healthy nails, skin and hair among other benefits.

“The product has been formulated to also have a vitamin profile essential to this region which has been established by PAHO. So, what we’re delivering in 10 ounces is truly a nutraceutical beverage which has functional food properties which is vertically integrated into sustainable agriculture back to the high Rupununi savannahs and the high Pakaraima valleys,” Dr Narine said.

The launch of the product marked the official opening of the Green Guyana Expo which concludes on Saturday, October 20. The expo is being held at the Providence National Tarmac and admission is free.