The Indian envoy, whose tour of duties lasted just over five years, was warmly received at the Official Residence of the Prime Minister on Main Street, Georgetown.

High Commissioner Mahalingam is a native of Tamil Nadu in Southern India, from where the Guyanese Prime Minister has traced his ancestral roots, and which he visited on three occasions. He lauded the Indian High Commissioner for his assistance in making those visits possible. 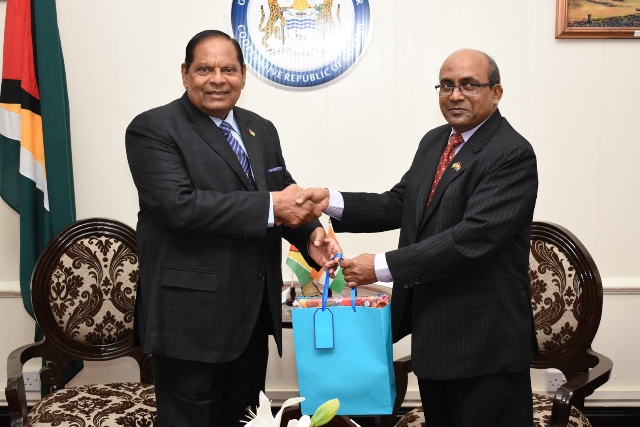 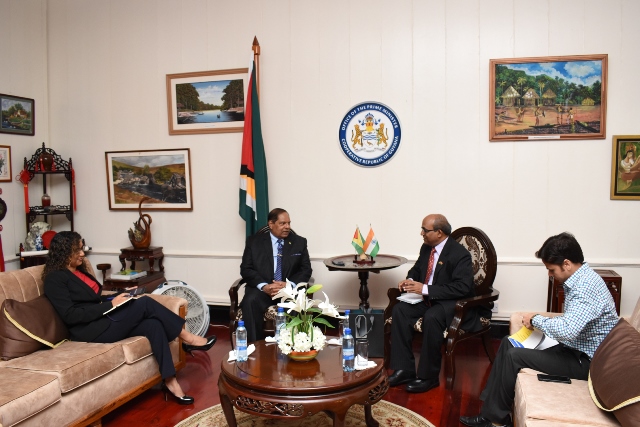 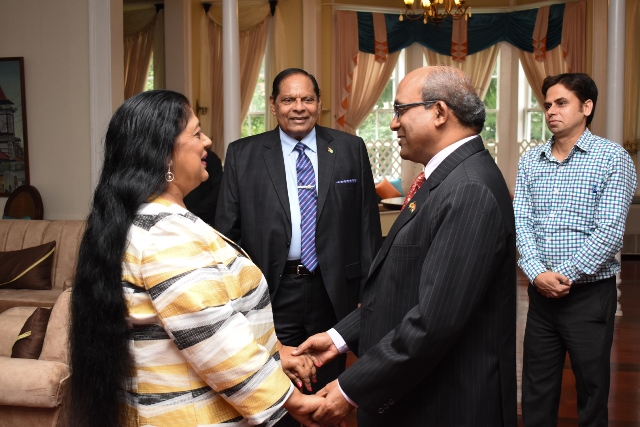 Prime Minister Nagamootoo described the Indian Arrival Monument and the Information Technology’s Centre of Excellence as an everlasting testimony of High Commissioner Mahalingam’s fruitful stay in Guyana, and for the significant progress in improving India-Guyana relations in many areas. Both the Prime Minister and the Indian High Commissioner had turned the sod for that Monument at Palmyra in East Berbice.

The Indian High Commissioner said that his five-year stint was “a wonderful and memorable experience”, as he recounted some of the infrastructural works that have been undertaken with Indian assistance, and cooperation projects in technical, educational and cultural areas. He also noted that over recent years there has been an unprecedented exchange of visits between Guyana and India by officials and students.

Additionally, he was able to cultivate great relationships with government and non-governmental officials, and “this is something of which I am very proud,” highlighting that during his tenure he can confidently state that the relationship between India and Guyana has grown and continues to flourish on all platforms.

Guyana and India established diplomatic relations in 1966, and have since built strong bonds, based on the promotion of economic interests and the strengthening of cultural ties.