The Ministry of Indigenous Peoples’ Affairs is currently in consultation with the Ministry of Education to have the Bina Hill Institute Youth Learning Centre in Annai District, North Rupununi (Region Nine) fully accredited. 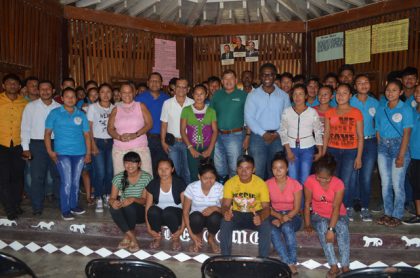 Minister Allicock made this announcement during a visit to the institution on Friday, February 16, where he met and interacted with the students and staff. He explained that the aim is to raise the standard of the institution, to one that is recognised both nationally and internationally.

“We will also be engaging the Ministry of Health because we want to establish a medicinal farm at Bina Hill because all these trees around here have medicinal values,” Minister Allicock said. Plans are also on stream to establish a fruit farm.

The Minister also added that his office is also in discussion with the University of Guyana (UG) to have the Bina Hill Institute serve as a field station, where persons can conduct research and be given the opportunity to learn about the Rupununi and its people.

The long-term plan, Minister Allicock explained, is to have the institution fully self-sufficient, where the students will be learning while earning a living.

“While the students are here they don’t pay to come, they are just required to full out a form and gain entry. They are engaged in both theory and practice, and the idea is to have them learn by doing and they would be able to generate their own funds from agricultural activities, both livestock, and crops. Part of the funds goes to the students and the other goes to the institution,” Minister Allicock further explained. 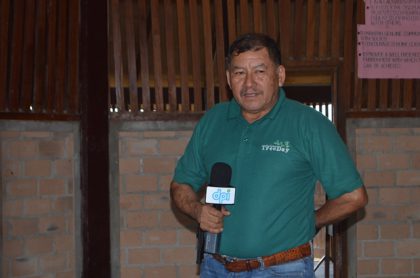 The Bina Hill Institute is the lone residential tertiary institution located in the hinterland. It provides access to skills training programmes for indigenous youths who reside in Regions One, Seven, Eight and Nine.

The students are tutored in natural resource management, forestry, wildlife, agriculture, tourism, business studies, life and traditional skills, basic computer skills, and Mathematics and English Language. They also have the opportunity to participate in local and overseas exchange programmes.

Once the two-year programme is completed, the students then have the choice to either return to their communities and share their knowledge, create their own businesses or enroll in a higher institute of learning such as the University of Guyana (UG) or the Guyana School of Agriculture (GSA).

Over the past two years, the Government has invested millions of dollars to develop the institution. In 2016, some $46M was allocated in the National Budget for major rehabilitative works, followed by some $50M in 2017, to cater for the influx of students and further development of the curriculum. Works are ongoing on two additional male and female dormitories to the tune of some $60M.