Internet connectivity in Guyana is becoming more and more accessible as the government continues to provide affordable service. This measure has already borne fruit. Among the target groups to benefit are students, village and community leaders, culture and sports groups in the hinterland

Recently, Minister of Public Telecommunications Hon. Catherine Hughes conducted extensive engagements in several villages in the North Rupununi where she presented the government’s plans to establish and boost the ICT sector in villages throughout the hinterland in Guyana. 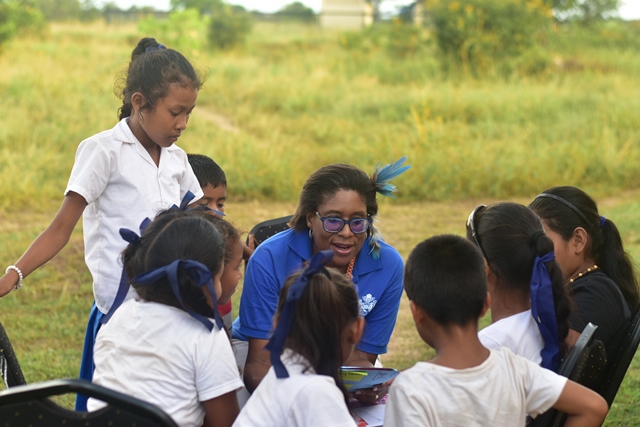 Minister Hughes interacts with children of a North Rupununi village 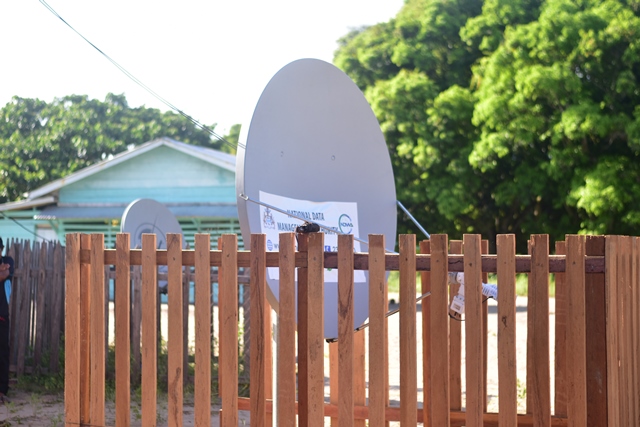 At these meetings, Minister Hughes explained how the initiative to bring free internet service to the hinterland was as a result of prior consultations with cellphone service providers on the possibility of having their services made available in most of Guyana’s far-flung communities

She explained, “We spoke to the telephone companies saying we want you to be able to provide phone service to more of these communities but of course what they would tell us is if there are only 400 or 500 people in a community, we can’t afford to set up a tower… This is where the government, the Coalition government felt that we have a responsibility. If the phone companies cannot do it, we are going to bring the internet.”

With the direction the country is heading, the Public Telecommunications Minister noted that “connectivity is everything.” Highlighting the fact that there is much to showcase in the hinterland it is only fitting that residents in these communities be able to access the internet “with its many platforms to buy, sell, advertise, learn or to simply stay in touch.”

Minister Hughes indicated that the government plans to improve the quality of life for the hinterland residents without incurring high costs on their pockets. “The government is making sure you are saving money. In many of the communities that we went to, I know that they have tried with internet but usually they would have to make an arrangement with a private internet provider and we received a lot of complaints about it costing the villagers anywhere from $50,000 – $100,000 a month just to be able to pay for the internet.”

Therefore, the administration has invested millions of dollars to ensure many villages in the North Rupununi such as Apoteri, Rewa, Kwatamang, Yakarinta and Yupukari have free internet access. The minister said the cost to establish a satellite dish in one of these communities is approximately $5Million. Thus far 60 of these dishes has been bought to be set up.

“This is how the taxpayers’ dollars are being expended to ensure that those in the hinterland will be on par with development with the entire country. This is one way in which the government will be improving the standard of living all across the country. It is called an investment into the good life that the Coalition government has promised,” Minister Hughes remarked