– to aid teaching of Portuguese to children, young adults

Children and young adults living in Lethem, Region Nine, Upper Takatu/Upper Essequibo, will soon master the art of speaking Portuguese when the Town Council establishes a Language Institute specifically to teach the subject.

Deputy Mayor, Maxine Hendrix said the Council’s Social Committee is seeking to push for the Language Institute in the township as there is a need for the knowledge of the language. 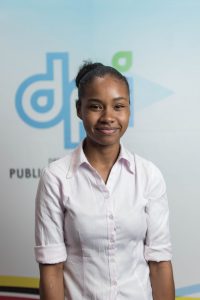 “We see that it is a necessity for persons living close to the border of Brazil,” she told the Department of Public Information recently.

Lethem lies on the Takutu River, which forms the border with the Portuguese speaking nation of Brazil, directly opposite the town of Bonfim.

The Language Institute is among the many projects being undertaken by the Social Committee of the Lethem Town Council aimed at empowering the youth in the Township.

Earlier this year, President David Granger had said the Portuguese immigrants have made an inestimable contribution and an indelible imprint on Guyana’s growth.

Portuguese indentured immigration was started in anticipation of an expected labour shortage on the sugar plantations consequent to the emancipation of enslaved Africans. Thirty thousand six hundred and forty-five (30,645) Portuguese from the Azores, Brazil, Cape Verde and Madeira came to British Guiana during the period of state-assisted immigration between 1841 and 1882.

Persons of Portuguese origin have lived in Guyana for 182 years. A large number of the descendants of the immigrants, after the expiration of the indentureship, left plantation work and pursued occupational opportunities, initially in the huckster and retail trade, in which they quickly attained a dominant share. Portuguese enterprise extended, also, to agriculture, manufacturing, merchandise imports and shipping.