– CH&PA to collaborate with other agencies to provide help

Twenty Broad and Lombard Street squatting area families will receive additional support from the Central Housing and Planning Authority (CH&PA) to ensure a smooth transition as they move into their new homes before the end of the first quarter. 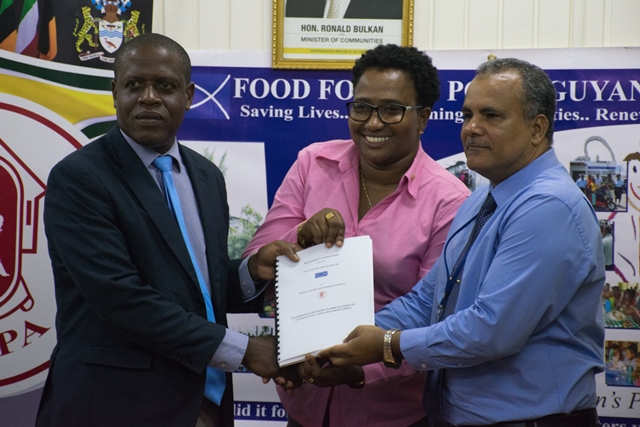 According to Deputy-Director of Community Development Donnel Bess-Bascom, they are collaborating with several government ministries and agencies to provide tangible support to the families.

“As much the housing structure comes modified, it is very important that these individuals, especially the children, are safe and comfortable. We are not going to just build the house and stop there. We are seeking to collaborate with the Ministry of Education to ensure the children are transferred to schools closer to the new location,” Bess-Bascom explained.

She added that the Department of Social Cohesion and Childlink Guyana would soon come on board to assist in the distribution of school uniforms and offer support to the adults.

“Each house was constructed on good land space, and we decided to bring in the Ministry of Agriculture to work alongside them so that they can use the remaining land space to farm. This way, they can put food on the table and generate an income by selling the agricultural produce at nearby markets,” the Deputy-Director stated.

In July 2017, a court order was issued in favour of the De Freitas and Gonsalves company ordering more than 140 persons to vacate the Lot 17-18 Broad and Lombard Street property.

Two years later, an MOU was signed between CH&PA and Food for the Poor (Guyana) Incorporated to relocate the residents. Phase one of this MOU saw an initial 20 families being housed at Prospect on the East Bank Demerara; while Phase two will see homes for the remaining 50 families constructed at Cumming’s Lodge, East Coast Demerara.