Minister within the Ministry of Natural Resources, Simona Broomes, has been travelling to mining communities across the country, meeting with miners and promoting the syndicate initiative. 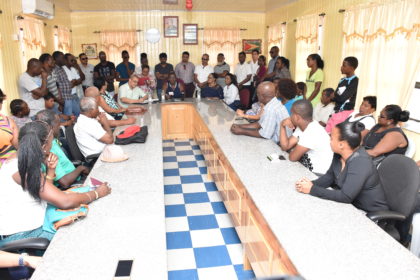 Many of them whom Minister Broomes met with are small miners; some even refer to themselves as pork knockers. In the space of nearly two months, Minister Broomes has met with miners in Imbaimadai, Issano, Kurupung, Bartica, Parika and Mahdia, and in each community miners had a common complaint: being “taken advantage of” in the interior or ‘bush’ as it is commonly referred to.

One of the most common complaints of being disadvantaged comes from those seeking employment in the mining industry.

It was a similar story from Marlon Anderson who resides in Parika, but is a welder by trade. “I got a real large sum of money outside…so now I approaching these people for the money…but they want to take me to court because they say I got no evidence, no record to show I was working with them or anything,” Anderson told Minister Broomes.

While the complaints raised by the miners are issues for the Department of Labour at the Ministry of Social Protection, Minister Broomes has undertaken to put measures in place within the Ministry of Natural Resources to flag miners who continue to withhold payments from their workers.

“We need to look to them and we need to flag it so if you didn’t pay the worker, you can’t come to us for these benefits (concessions),” Minister Broomes said.

However, the Guyana Geology and Mines Commission (GGMC) already has a measure in place that offers protection to those seeking employment in the interior, like Charles and Anderson. 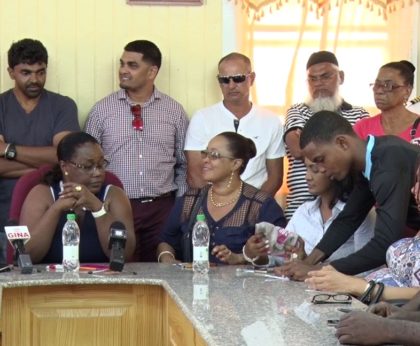 Miner, Marlon Charles providing information to Minister Simona Broomes during her meeting with miners in Bartica

It is called a privilege. A privilege is a document issued by the GGMC with a person’s name address, identification or passport number and now TIN.

Acting Commissioner of the GGMC, Newell Dennison explained to the Government Information Agency (GINA), that anyone entering any of the six mining districts in the country must apply for a privilege.

“That is paper number one because a Mines Officer can come and see you as an itinerant person and order you out of the mines district if you don’t have a privilege,” Dennison explained.

More importantly, the privilege gives some protection to workers in the interior since it serves as a record of the obligations of an employee.

“One way of tying that worker into an operation is having whoever you work with sign that privilege. We use that as some level of validity. If a worker comes and say, ‘I work for this man and he didn’t pay me’, and he provides the privilege showing the man signed it, there is some merit to the fact that he is working and he should be paid,” Dennison explained.

However the Acting Commissioner pointed out that the responsibility rests with the worker going into the interior to ensure that he/she obtains a privilege. “The dredge owner ought not to be employing you if you don’t have a privilege,” Dennison told GINA.

The application for this document can be made at the GGMC’s main office on Brickdam, Georgetown or at any GGMC field office. Dennison explained that some Mines Officers even take the privilege book with them on field visits to facilitate applications. 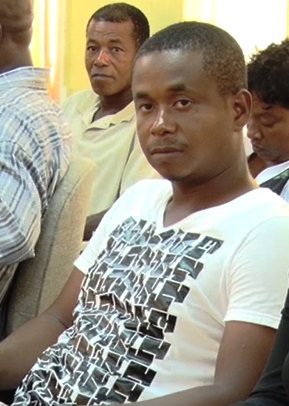 The privilege not only offers protection to workers in the interior, but also to small miners who mine the claims of others. The second most common complaint Minister Broomes received during her meetings were of miners being evacuated off of lands they were mining.

David Daniels, a small miner told Minister Broomes of the hardships of being kicked off of a land he worked after striking gold.  Daniels also complained about the high fees that miners demand for working on their claims.

Again, Daniel’s story is one that bears similarity among the miners. Kwame Trim told the Minister he was put off his lands by a company “cutting a road” through his mining grounds.

Acting Commissioner Dennison explained that “at the minimum” a privilege protects a small miner since it shows he or she was granted permission to work on that person’s mining claim.

While a privilege offers some protection to small miners who work on the claims or blocks of others, Dennison stressed the importance of small miners obtaining a written agreement from the owner of the lands they wish to mine.

“That agreement is to avoid exactly what they are complaining about from happening, where if they find gold the property owner comes and says you got to move, because once that agreement is done and binding then the tenant can go and sue for breach of agreement,” Dennison said.

Minister Broomes is also encouraging miners to document their employment or contractual arrangements with those they interact with in the mining sector.

In the varied stories that Minister Broomes heard, small miners took umbrage of being removed by GGMC officers.

However, Dennison countered that it is a miner’s responsibility to ensure that he or she has all the relevant documentation at all times while in mining districts. “Once you can’t show that you’re the owner of the area, or that you have permission from the owner of the area, which is permission to operate specified machinery in that area, you will be put off,” Dennison told GINA.

A binding agreement, a signed privilege and a permission certificate issued from the GGMC are important documentations that lend protection to those who enter the interior for opportunities to empower and enrich themselves.