Rice Farmers in Region Two have complained to Minister of Natural Resources, Raphael Trotman that blocked dams are affecting their access to lands.

These concerns were raised with the Minister during a live call in programme on RCA Channel Eight on Friday, May 12. 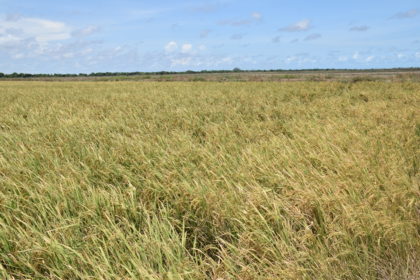 “I know our farmers are going through a difficult time due to the rainy weather, our dams are in a deplorable state, and this is causing a negative impact on the rice farmers,” Ram said.

The Councillor added that the regional administration has inherited, “a lot of deficiencies in the system” which includes clogged canals. “Over 15 years now that canal has not been cleaned,” Ram pointed out.

Persons calling into the programme raised their concerns particularly of the “main canal” located in the “backhands” in the communities of Henrietta and Richmond.

Minister Trotman assured the residents that he will seek intervention to bring some relief to the affected farmers.

“I will be speaking to both Ministries of Agriculture and Public Infrastructure to see if we can do something with the roads here by way of emergency works,” Minister Trotman said.

The government has been placing emphasis in clearing and cleaning of canals, and rehabilitating and building drainage infrastructure to improve conditions for farmers.