The Minister of Public Infrastructure Honourable David Patterson today visited the construction site in Garden of Eden, East Bank Demerara. He was accompanied by the Ministry’s Permanent Secretary, Kenneth Jordan.

The team was taken on a tour by Rawlston Adams, General Manager of the Demerara Harbour Bridge Corporation (DHBC). 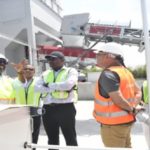 General Manager of the Demerara Harbour Bridge Corporation, Rawlston Adams (left) explains some of the features of the Asphalt Plant to Minister of Public Infrastructure, Hon. David Patterson and team. 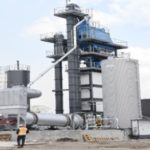 The new Asphalt Plant in Garden of Eden. 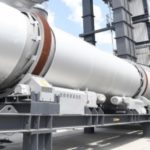 Works commenced on the installation of the plant on January 7, 2020. It is being assembled by a team of 25 persons – 23 local DHBC staff and two German technicians.

Minister Patterson expressed satisfaction with the exceptional standard of work done thus far as he anticipates the commissioning of the project within the stipulated timeframe.

The current asphalt Plant can produce 30 tonnes of material per hour. It does so with the use of bitumen, sand, stone and sifting.

When completed, the new asphalt plant will be able to produce 160 tonnes of material per hour. The state-of-the-art machine will also be able to utilise plastic bags, bottles as well as used tyres to produce material to pave roads.

This new technology has been proven to be cheaper and more durable as well as time-efficient. It will also mean that more roads can be built faster with the use of the new plant.