“No questions, we are just waiting on election day”

─$173M was invested in SLED initiative in Toka

Minister Ally’s visit formed part of a lager fanout exercise by several ministers of government who are in the region to meet residents, listen to their concerns and craft solution to address these matters. 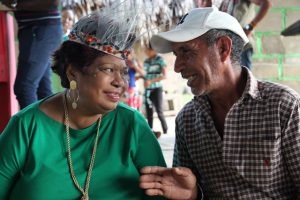 Minister of Social Protection, Amna Ally shares a light moment with a resident of Parishara 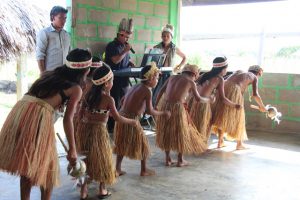 Some the children of Parishara performing a dance 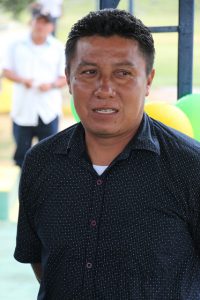 At the Toka meeting, the residents were given an opportunity to voice their concerns; instead, the Social Protection Minister heard few complaints since the majority of the community expressed their satisfaction with the government’s efforts.

Eager to speak about the village’s development was Toka’s Toshao, Delano Davis. He explained that over 200 villagers have experienced major accomplishments and are very appreciative. “We have seen developments all over. Our schools, our health post, our roads, and soon we will be establishing a tourism site for persons who plan to visit. The government has been helping a great lot,” he said.

Another resident Eugine Issacs reminded that within months of assuming office then Minister of State Joseph Harmon (now Director-General attached to the Ministry of the Presidency), donated monies for members of the community to travel to Georgetown to meet and engage with ministers of government.  “We have the internet now… and in the next five years we will see more being done,” Issacs commented.

Additionally, Micah Davis, speaking with the Department of Public Information (DPI), disclosed that youths in the community can now enjoy a game of cricket with the newly constructed pavilion and upgrades at the playfield. He said a spectator stand was built, which allows persons to shelter from the sun as they watch an afternoon cricket and football match. “There are a lot more projects ongoing in the community and these same projects involve several youths proving employments for the residents…. We also have our tourism effort …these are all developments we were seeking for in past years. Now they are happening.”

Minister Ally said some $173Million was invested in the Sustainable Livelihood and Entrepreneurial Development (SLED) initiative in Toka, as part of the ministry’s empowerment plans for the hinterland community. She reminded that the government will continue to make representation for all its citizens, citing that His Excellency, President David Granger, has commenced and will continue to bridge the gap between the coastland and hinterland communities.

Further, the minister reminded the gathering that Guyana will witness its General and Regional Elections on March 2, 2020 – the shortest possible time announced by the President.

At the end of the “successful” meeting, each villager present, both children and adults, were presented with gifts.

The Minister’s Saturday outreach did not end at Toka, as she travelled to the community of Parishara to join in the heritage festivities. While there, residents also welcomed the gifts provided as minister Ally made the presentation on behalf of the government.