No reprisals for complaints to COI into City Hall

Deputy Chairman of the Local Government Commission, Andrew Garnett has assured that there will be no reprisals for those giving evidence to the Commission of Inquiry into the operations of the Mayor and City Council (M&CC) of Georgetown.

Garnett earlier today encouraged prospective complainants to the commission to step forward and participate in the fact-finding process to be headed by Retired Justice Cecil Kennard.

“The Local Government Commission is responsible for regulation and staffing of all local government organs which is inclusive of the Mayor and Councilors of the City of Georgetown. And workers have complained and their unions have complained they are under the protection of their union and they are under the protection of the Local Government Commission there can be no reprisals. There can be no acts of victimization in terms of a worker who exercises their right to complain about working conditions or deprivation of benefits,” Garnett said. 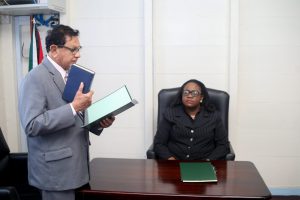 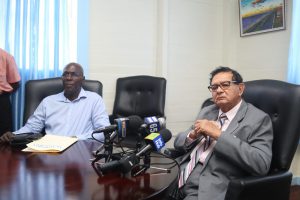 The Commission of Inquiry (COI) is set to receive evidence at the Critchlow Labour College, Woolford Avenue up to September 21. A report of its findings is expected by the end of October. According to Justice Kennard, provisions will be made for in camera hearings should the need arise.

“We have a legal clerk secretary at the Critchlow Labour College. He assumed duties there yesterday and he will be there all week 8:30 am to 4:30 pm and he will be taking statements and doing the necessary supportive activities in preparation of the inquiry per se on Monday the 24th of September,” Garnett explained.

According to Garnett who represents labour on the Local Government Commission, the intention to inquire into the operations of the Mayor and City Council of Georgetown was made known since April 2018. However, several matters of logistics prevented it from being done earlier. The Local Government Commission was sworn into office on October 23, 2017, by President David Granger. Retired Justice Cecil Kennard was earlier today sworn in by Chief Magistrate (ag), Ann Mc Lennan as the Chairman and sole commissioner to conduct an inquiry into the operation of the city government.

Chairman of the Local Government Commission, (LGC), Mortimer Mingo confirmed yesterday that a decision was taken to launch the COI after a series of complaints about financial matters at City Hall. According to Mingo, the commission had been receiving complaints of corruption at City Hall for several months.