A situation brewing at the Port Mourant/Johns Neighbourhood Democratic Council (NDC) on the Corentyne, today caught the attention of Minister of Communities, Hon. Ronald Bulkan, who promised to work to ensure a resolution.

Workers under the Community Infrastructure Improvement Programme (CIIP) have criticised the NDC. They complained of being stifled by the administration of the Local Democratic Organ (LDO). 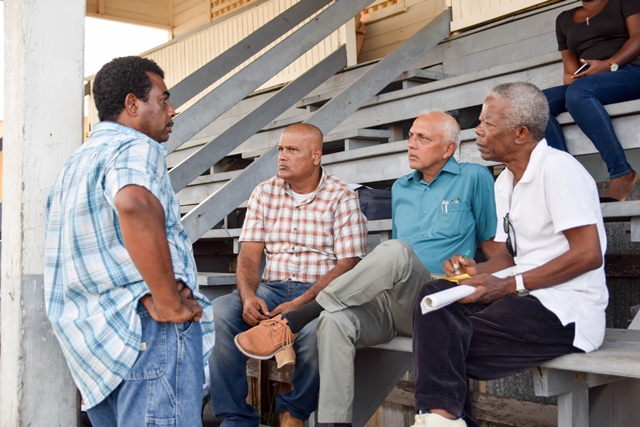 Minister of Communities, Hon. Ronald Bulkan listens to another resident on an issue. 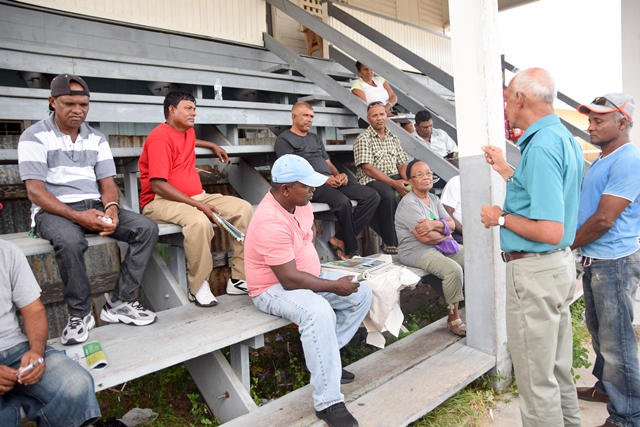 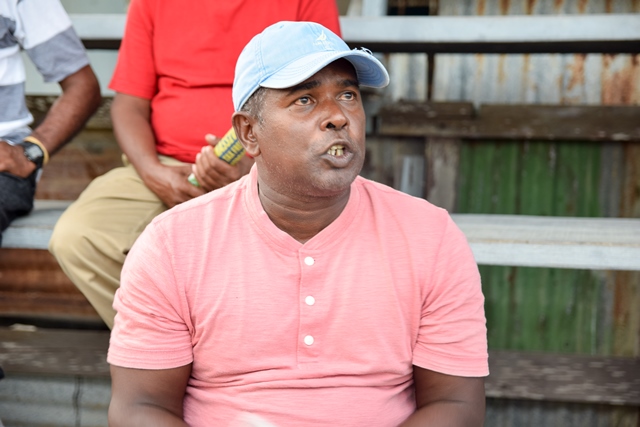 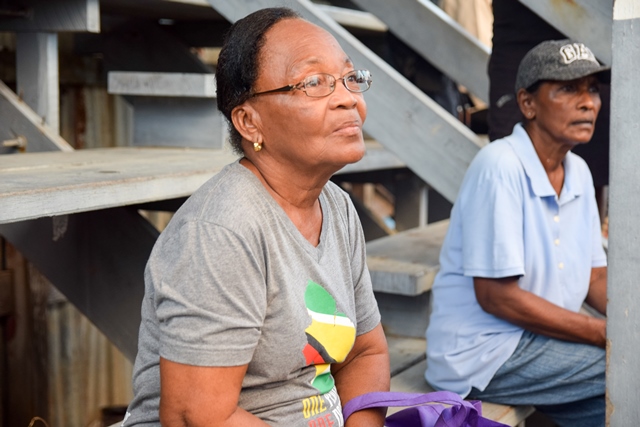 A resident listens to Minister of Communities, Hon. Ronald Bulkan. 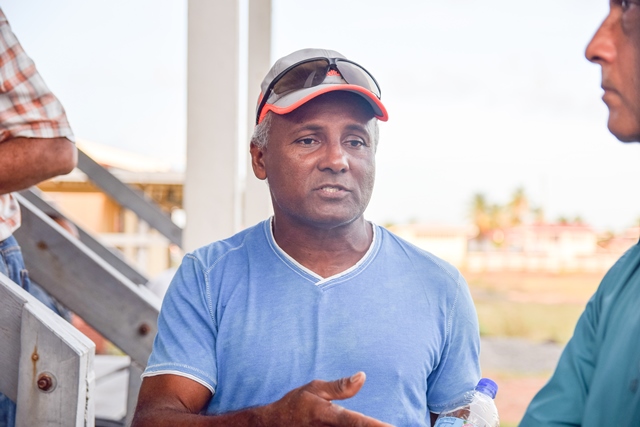 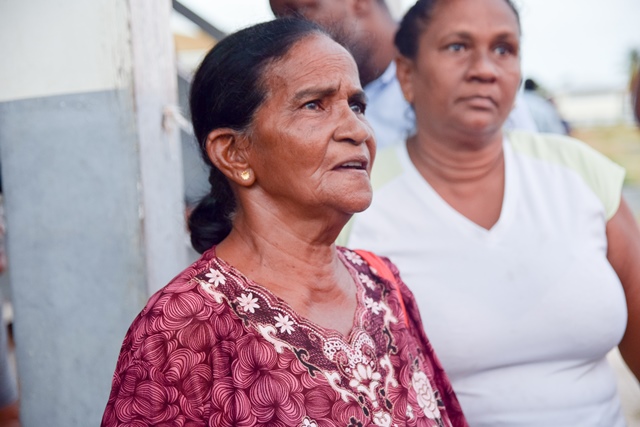 The complaints range from untimely payments and hostility to insufficient resources to carry out their work. The workers expressed the belief that the actions of the NDC are political and lend to very little development within the council.

Led by Councillor, Orin McDougall, the workers took their grievance to the Minister of Communities when he visited the Whim Community Centre on Friday afternoon.

“The council plays politics with this whole thing. The way they do things is to make the government look bad. When these things happen, when these people have to go through all of this, it reflects on the government,” McDougall said.

“The intention is politics, to make the government look bad. I don’t have any affiliations. I don’t have to hold my mouth to where the truth is concerned. The overseer is very aware, the council is aware, but it is all politics,” he echoed.

McDougall added that councillors can do very little about the situation as, “the council works on party directives, and I am against that because party ain’t supposed to be in this,” he contended.

Bheen Singh is one of the seventeen CIIP workers attached to the council. The issue of payment has become a burdensome one, as workers have to wait for weeks to receive their salaries. He said the overseer continues to drag her feet, seemingly unbothered that workers are anticipating their monies each month.

Another worker said there is widespread victimisation there, especially when workers “speak out… Every time I go to the NDC, the chairman tells me that he will not renew my contract… there is a serious problem with this thing,” he complained to the minister.

The CIIP initiative was introduced back in 2006. According to Minister Bulkan, the intention was to lend temporary assistance to NDC’s. He, however, expressed displeasure at the situation and reminded that the NDC is an autonomous entity, free from interference from central government.

Coming into office in 2015, the administration decided to strengthen and support the independence of the LDO’s – something nonexistent in the past. The government has also substantially increased the annual subventions to NDC’s.

“Now that the councils are democratically elected, it is the people who have to wake up and through their votes, elect persons who are responsible and interested in their community, their loyalty should not be outside the community.”

Minister Bulkan stated that over the last four years, the central government has provided greater support to the organs through increased subventions and financial resources. More training was also made available to the councils.

The meeting today was a part of a broader ministerial outreach to communities in Region 5 and 6, to listen to the concerns of residents, in an effort to find solutions.