Even with the withdrawal of Value Added Tax (VAT) from private education, institutions are still evading paying up the taxes that they collected, Commissioner-General of the GRA Godfrey Statia said on Thursday. According to him, this remains a bugbear.

Speaking to the media at his first press conference for the year, the Commissioner-General said the tax body was forced to summon over 30 private institutions to court. 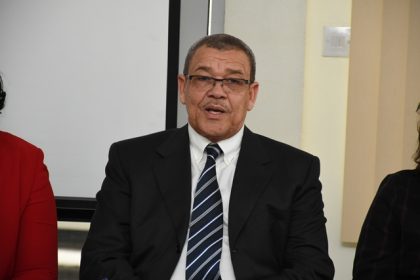 “You see now, the tax on education has been removed and the fees haven’t gone down, so when we are putting out a press release, parents are asked to ensure that they do not pay VAT now.”

According to the Commissioner-General, a year ago there was a “hue and cry about VAT on education”, however, as recent as November of 2016, the institutions were taken before the courts for the non-filing of their returns.

“For not filing the Pay As You Earn (PAYE), they take out the taxes from the teachers and don’t pay it, or are not filing their VAT.” He further added, “These schools are collecting and not paying and now that they don’t have to collect, they are still collecting.”

According to the GRA head, only six private institutions have been complying with the requirement.

Last November, during his presentation of the 2018 National budget, Minister of Finance Winston Jordan announced the removal of VAT on private education, which had been the centre of the dispute, among private educators.

It was introduced as part of efforts to widen the tax base, as services provided by educational institutions were standard rated. At the same time, educational supplies previously zero-rated were exempted from the payment of VAT.

The decision to reverse the tax will see the GRA seeing a potential revenue loss of some $342M. However, Minister Jordan assured that efforts will continue by the GRA to ensure that these institutions become tax compliant.