Maternal and Child Health are being prioritised in Region Nine as the Ministry of Public Health has initiated a US$8M project funded by the Inter-American Development Bank (IDB). The project was launched on Friday in Annai.

Minister of Indigenous Peoples’ Affairs, Sydney Allicock at a meeting in Region Nine

Minister of Indigenous Peoples’ Affairs, Sydney Allicock who was present at the launch, called on villagers to embrace the project. “We need to plan better. We need to work towards getting the support for health because if you are going to have a good life, a healthy environment leads to healthy people.”

The Ministry of Public Health’s Permanent Secretary, Trevor Thomas pointed to the challenges Guyana has been facing with regards the relatively high rate of maternal and neonatal deaths.

Thomas said the project was developed to help reduce maternal, perinatal and neonatal deaths.  He explained that major emphasis will be placed on “Strengthening health at the community level” and added that, “More often than not, people go to the health centre or the health post or the hospital, but sometimes what happens is people go there when they are very sick …that in itself can be risky and dangerous.”

Meetings and consultations will be conducted to strengthen capacity at the community level.

Residents of Annai were urged by the Permanent Secretary to ‘play their part’ in making the  project successful.

Director of Maternal and Child Health Services, Dr. Ertenesia Hamilton said that, “We are not satisfied with the care we have now, we think we can do better.”

Other measures include training health workers, buying medical equipment, sharing knowledge and developing care plans within the community for every pregnant mother.

In 2016, there were 12 recorded maternal deaths while in 2015 there were 17, according to the Ministry of Public Health.

This reduction is attributed to the fact that there are more trained doctors in the public health system in the field of obstetrics, which has resulted in earlier diagnosis of complications in teenage mothers and high risk pregnancies. 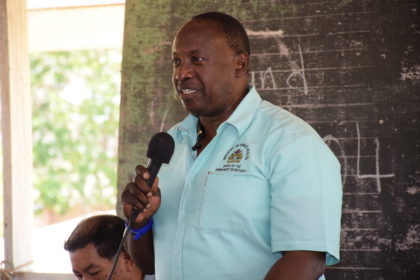 Permanent Secretary of the Ministry of Public Health, Trevor Thomas speaking at a meeting recently in Annai, Region Nine 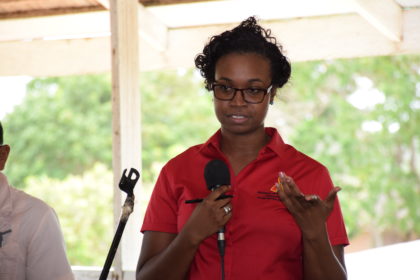