Before year-end, the Region Two administration hopes to establish a youth forum to engender the participation of young people in the development process of the region.

Regional Chairman (RC) Devanand Ramdatt told the Department of Public Information (DPI) that the regional administration intends to focus on youth development particularly in the areas of sport and culture. He noted that this will require the participation of government and non-governmental organisations (NGOs). 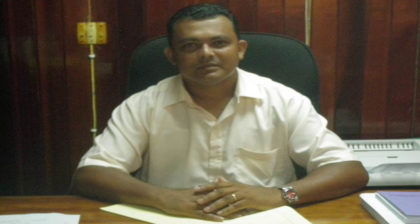 “In the area of sports, I believe that it is timely for us (RDC) to make representation to have our own gymnasium since we (Region Two) do not have an indoor facility that our young people can utilise like they are doing in Georgetown, and in be other regions. So that too will require some stronger representation on our part so that favorable representation can be given”, Ramdatt said.

He called on the regional administration and the Neighbour Democratic Council (NDC) to take the initiative and purchase slashers for the maintenance of playground field, adding that the service can also be extended to the region’s municipality.

The RC stressed,  “I have no difficulties with the creation of parks (within the region).” He noted, following feedback received from residents, the development of a playground will have a direct positive impact on the region.

Ramdatt emphasised that there needs to be more investment in the region to address the issue of youth unemployment.  He disclosed that the regional administration has directed their efforts to other sectors to assist in this area, but still require the participation of stakeholders.

According to Ramdatt, youth unemployment and a lack of cultural space are two areas that require the support and participation of stakeholders. On the issue of unemployment, he explained that there needs to be more investment in the region, and to this end, the regional administration has directed their efforts on various sectors to assist in addressing this concern.

The RC also revealed that for a number of years the region has requested the establishment of a cultural centre of their own; to afford the young people a space to hone their creative talents. He maintains this can be addressed with the assistance of the necessary stakeholders.

Through the youth forum. Ramdatt feels the regional administration will be able to focus on empowering and supporting the youth of Region Two to achieve their full potential.