President David Granger is reminding fathers to instill respect for women in their sons, as the country celebrates International Men’s Day. 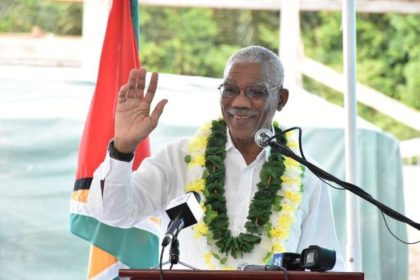 “It is something that has to be engendered in the home, it has to be taught in the home,” the President said in his first live broadcast on Radio Bartica on Saturday.

The Head-of-State shared a quote he often refers to, “the correct time to educate a child is 100 years before he is born.”

He explained that the home is the base for a socially cohesive society and children need to grow up in family environment that fosters responsible parenting to provide direction and guidance.

International Men’s Day has been observed annually on November 19 since February 1992.