Minister of Finance, Honourable Winston Jordan is urging the parents of pupils who wrote the recent National Grade Six Assessment (NGSA) to see the future possibilities of their children.

The Honourable Finance Minister was the guest speaker at the ninth annual prize giving and graduation ceremony of the Success Elementary School (SES), at the National Cultural Centre (NCC) earlier today.

“Do not burden your child, but nurture and love him or her. Your response to your child’s results can impact his or her self-esteem, and influence his or her future,” he said to the packed auditorium.

Success Elementary remains one of the top performing private schools in Guyana. This year its performance at the NGSA was no different. Out of the 188 pupils entered to sit the examination, 79 secured spots at the five senior Secondary Schools. Topping the school is Sarita Somai who scored 529 marks. She was followed by Akaia Griffith and Maaseiah Salikaram who both secured 528 marks. They will all attend Queen’s College. The school also obtained a 98% overall pass. 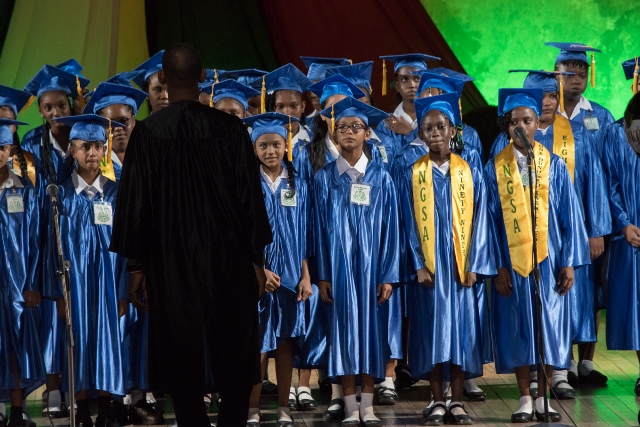 Part of the 2019 graduating class performing the Negro Spiritual ‘Wade in the water’. 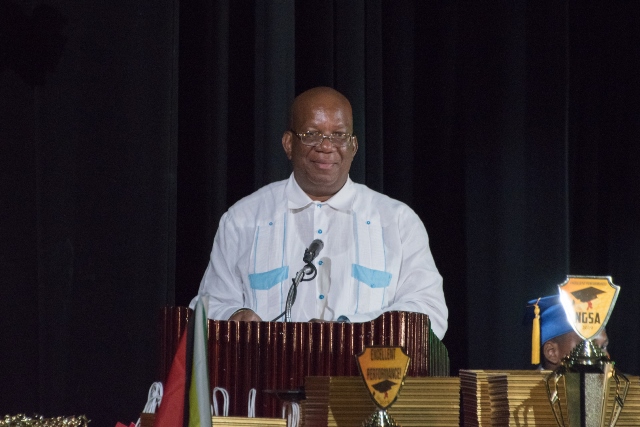 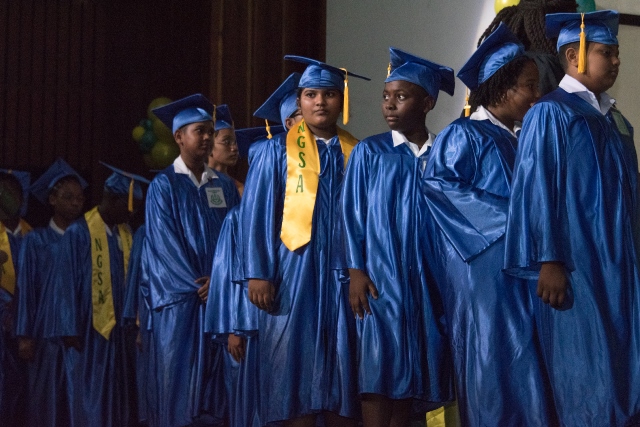 However, the Honourable Finance Minister noted that there are those students who did not secure their desired secondary school.

“Many of you are disappointed because you may not have gotten the school of your dreams. However, this is just a small step in the bigger picture of growing up,” he said.

Recalling his boyhood days and the years he spent at the Cummings Lodge Secondary School, Minister Jordan told the students that there is nothing they cannot achieve, even when facing challenges.

“I attended a Junior Secondary School, but today I am the Minister of Finance, who has had the good fortune of attending four universities including the prestigious Harvard University.”

He shared his recent success in his capacity as Finance Minister, where he was recognised for Guyana recently earning the accolade of the fastest growing economy in the world by the NASDAQ. Minister Jordan said Guyana needs all its “sons and daughters” to guide the nation through a rapid period of transformation and development where the good life is promised to all.

Offering advice to the graduands, Minister Jordan urged them to “aspire, achieve and advance,” adding that these are tools that are bound to ensure continued success.

“This is the part when you say I can, and I will! This is very important in Secondary School – when the going gets tough and the tough gets going!”

The Honourable Finance Minister spoke of the contribution of the school’s Director – Wilfred Success, at the West Ruimveldt Primary School and now to his own school. That he said, has a special place in the annals of the education sector in Guyana.