Region ten developments have now been boosted with the official launching of three Information and Communication Technology (ICT) hubs to benefit students and residents in Linden. 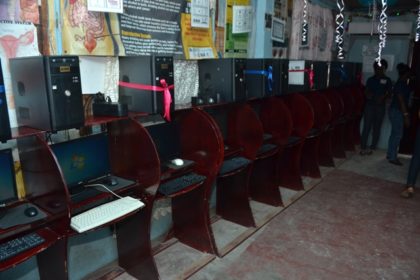 Some of the desktops at One Mile ICT Hub in Linden.

On Tuesday, the National Data Management Authority (NDMA) through the Ministry of Public Telecommunications officially launched its first ICT hub in Victory Valley. This was followed by the launch of two other hubs on Wednesday in the Bamia and One-Mile Wismar communities.

At the first unveiling on Wednesday in Bamia, Regional Chairman, Rennis Morian recalled, President David Granger, while in opposition, placing emphasis on education and community development in Guyana.

“What we have here today is a continuum of what the government has promised to people…I am happy to see the promises coming to fruition and I commend the president and his cabinet,” Morian said.

He stated that with the commissioning of the hubs in Linden, it is his wish to see development in the area of agriculture through knowledge gained from the internet.

“I really want to see agriculture take off in this region and I know for sure whatever contribution comes in the form of new technology all will lend to the development of the community.”

The Baima ICT hub is equipped with eight laptops and one printer (supplied by the community). Also attending the launch was Director of NDMA, Phillip Walcott, Mayor of Linden, Carwyn Holland and teachers, students and other residents of the Bamia community.

Meanwhile at the second launch on Tuesday at the “For Children Sake Foundation”, in One-Mile, Wismar, Mayor of Linden, Carwyn Holland explained that the region is witnessing development in untraditional areas which were largely ignored for some time.

“I am happy that the government is extending the ICT services to include these communities, so that no one is left behind; and youths and even the older persons can benefit from these services and be up to speed with technology,” Holland remarked

The ICT facility will also serve as a document centre for the residents of One-Mile Wismar.

Also in attendance at the second launch were Presidential Advisor, Aubrey Norton who commended the community youth leaders for their efforts to have an ICT hub established there. 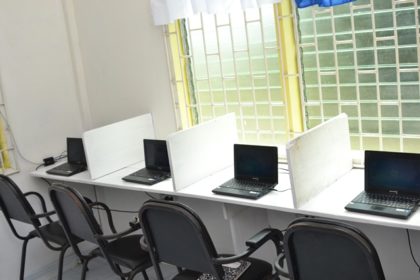 Some of the laptops at Bamia ICT Hub. 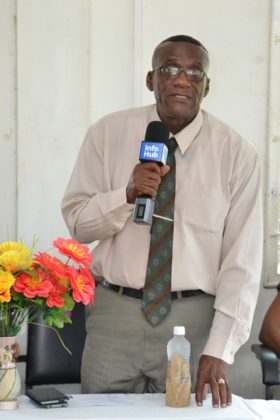 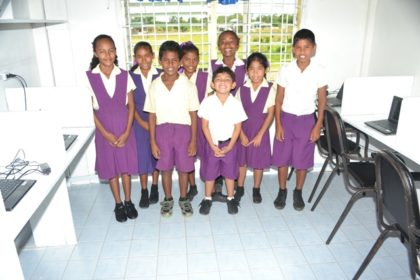 Students posing in the lab at Bamia ICT Hub in Linden. 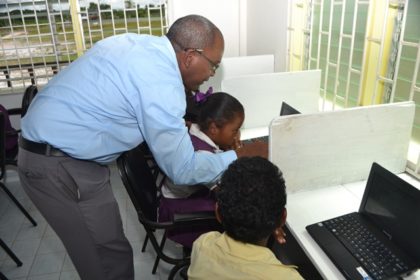