Three NDCs in Pomeroon to get funds to build offices

Three new Neighborhood Democratic Councils (NDCs) are set to receive funding for office buildings in their respective communities in the Pomeroon River.

Minister of Communities, Ronald Bulkan, during a recent visit, got a first-hand look at the areas identified by the councils for their NDC offices.

Bulkan addressed the gathering at the Grant Anna-Regina Community Centre where Councillors of the New, Moruka/Phoenix Park, Kitty/Providence and Nile Cozier NDCs and residents attended.

Minister Bulkan explained the importance of the leadership placed upon the Chairpersons Sheldon English, Dexter Cameron and Narad Persaud noting that the power is in the hands of the citizens to determine the development of their community and what they need to enhance their environment. He added that the power the citizens now possess was denied them as their Local Government status never recognized or activated.

The minister further explained to the gathering that the visit to their community was one of engagement and needs assessment to operationalize the NDCs so that they can function for the benefit of citizens of the communities. He told those gathered that training and engagement with the Regional Executive Officer, Dennis Jaikaran and his team, is necessary for economic, health, agricultural, infrastructural, public safety, education and environmental planning within their communities.

Minister Bulkan explained that the constitution is the supreme law of Guyana, article 12  states that “Local Government by freely elected representatives of the people is an integral part of the democratic organisation of the state”. The minister noted that those 20 words explain with precision the authority that the citizens have and that it is invested in them by law. 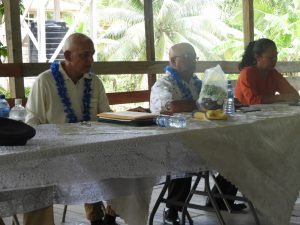 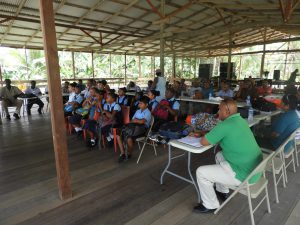 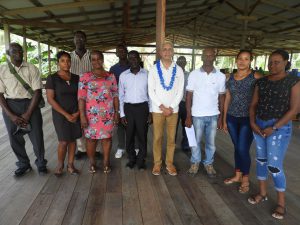 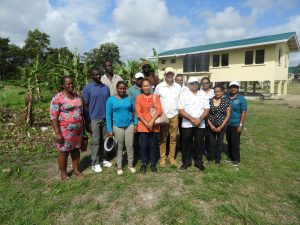 Minister Bulkan also explained that the only two areas that are not included under the authority of the NDCs are foreign policy and national defence.

He reiterated that Local Government Elections were last held in 1994 he added that 2016 saw the first held after years. Expressing that President David Granger campaigned on the return of local democracy and delivered mere months after attaining office, Minister Bulkan added that it is testament to the President’s campaign promise for the return of Local Democracy which he delivered with two Elections in the last three years, 2016 and 2018.

Bulkan further explained that under the 1980 constitution Local Authorities was amended to Local Democratic Organs as a clear indication that the power is in the hands of the people in accordance with Article 9 which states that sovereignty belongs to the people and is exercised through those whom they elect.

Minister Bulkan told those gathered that eight new Neighbourhood Democratic Councils were activated in 2018, three in the lower Pomeroon River, two in East Bank Berbice, one in the Upper Takatu-Upper Essequibo Region and two in the Linden Soesdyke Highway area. He noted that this brings the total of Local Democratic Organs to 70 NDCs and ten Towns or Municipalities. This he added is consistent with the policy, program and philosophy of the APNU+AFC Administration to pursue a decentralized model and approach to governance he asserted that this was not done by creating new legislation but to honour existing laws.

Chairman Dexter Cameron, councillors and residents applauded the APNU/AFC Government and Minister Bulkan for the information they received expressing that it was informative, timely and well received. He described it as a “big day” for the lower Pomeroon.