Members of the judicial sector will benefit from training on the issue of Trafficking in Persons (TIP) by the International Criminal Police Organisation (INTERPOL). 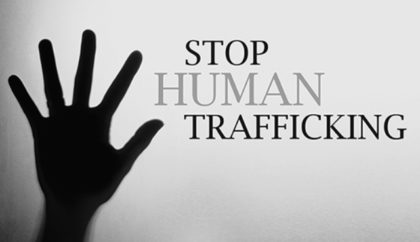 Members from the prosecutorial section and the magistracy are expected to be trained in victim support among other aspects, acting Coordinator of the TIP Ministerial Task Force, Oliver Profitt told the Government Information Agency (GINA) in an interview.

The training will be held in October and November and will be facilitated by INTERPOL Profitt said. “The idea now is for them to be able to come back with the knowledge they gain from this training and be able to retrain or to pass it on to members on the Task Force and also to others that work in their fields,” Profitt explained.

Training of government officials and related persons in identification, prevention and prosecution as it relates to TIP is an essential part of the TIP Action Plan. The two- year (2016-2017) strategy will be released to the public later this year however, Profitt explained that the Ministerial Task Force has already begun undertaking activities outlined in the comprehensive document.

One such activity will be the local training of trainers in TIP earmarked for October. The Counter Trafficking in Persons (C-TIP) unit of the Ministry of Social Protection is expected to facilitate this training session.  “That will enable us to have a wider base as well of persons that can administer training or go and do awareness sessions elsewhere instead of us having a few of us around the table trying to cover the whole country,” Profitt told GINA.

Since the Ministerial Task Force on TIP reconvened earlier this year, officers from the Immigration Department, the Guyana Police Force’s Intelligence Unit and Criminal Investigation Department along with the C-TIP unit benefited from INTERPOL training.

INTERPOL also had input in the compilation of the TIP Action Plan. The plan is divided into the four pillars used in the TIP fight; prevention, protection, prosecution and partnership.

The TIP Ministerial Task Force meets monthly, and is chaired by Minister of Public Security Khemraj Ramjattan. The Task Force is mandated by the Combatting of Trafficking in Persons Act No. 2 of 2005 to ensure there is public awareness on TIP, and training for law enforcement and other officials among other things.

The Task Force comprises a mixture of governmental and non-governmental organisations working together to combat TIP.