Georgetown, Guyana – (March 1, 2017) Minister of Social Cohesion, Dr. George Norton, today, charged the youths at the opening of the 24th Diversity Education and Inclusion Regional Training Workshop to capitalise on the opportunity to learn the skills that are needed to help build more cohesive communities and a unified nation. The two-day workshop, which is being held in the auditorium of the Guyana National Service Ground on Carifesta Avenue, is the first that the Ministry is hosting in collaboration with the Department of Culture, Youth and Sport of the Ministry of Education. 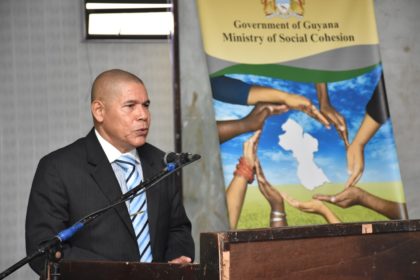 Minister of Social Cohesion, Dr. George Norton charges the youth participants at the opening of the 24th Diversity Education and Inclusion Regional Training Workshop to make full use of the opportunity to learn new skills.

“We’ve chosen to host this workshop especially for youths because we view you as a very important part of our society and believe that you have a great role to play in fostering social cohesion with persons of other age groups,” Dr. Norton said.

Youth from communities in Georgetown, including Campbellville, Tiger Bay, Meadowbrook Gardens, Eccles and Nabacalis participated in the session, which is aimed at engaging them in discussions and practical exercises to identify the factors that are stymieing social cohesion, with a view to equipping them with the necessary skills to erase those inequalities.  “You will be tasked with developing plans of action to promote greater inclusion and nurture community relationships… Youths must not underestimate their role as a vehicle for change and need to commit to bettering their society, which is a uniquely diverse one. You can make a difference,” the Minister said.

Dr. Norton explained that by choosing to participate in the workshop the beneficiaries have already made a positive choice that can foster behaviour change among their peers and those in their communities. “We are moving away from merely tolerating each other’s differences to accepting them. Our diversity should only be used to propel us to even greater heights… There is no room for exclusivity in our society if we are to develop as a nation,” he said.

Meanwhile, Ms. Sharon Patterson, Programme Coordinator at the Ministry of Social Cohesion, in her address said that “social cohesion is a 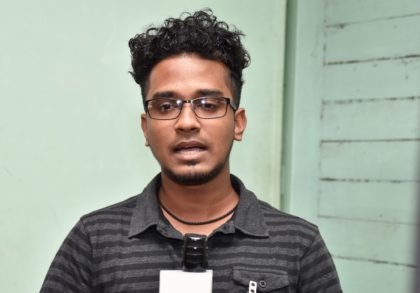 Mr. Joel Sukra said that he expects that the workshop will equip him with the skills needed to get along better with his peers.

process of nurturing individual and community relations in order to build a unified Guyana… irrespective of people’s differences, whether it is based on race, ethnicity, gender, age, geographic location”. She also encouraged the youths to make the most of the workshop, telling them that they are the nation’s future. “If we want to see a change in Guyana… we have to target the young people,” she said.

Several of the participants said that they had high hopes that the workshop would enable them to better relate to their peers and to enhance the lives of those in their environs. In an invited comment, Mr. Joel Sukra, a representative of the Meadowbrook Gardens Church of the Nazarene Youth Group said, “Looking at Guyana and how diverse we are, it is important for us to understand that we need social cohesion and, being a part of this training workshop, I expect to deepen and broaden my knowledge on how that can be done; learn skills and tactics, perhaps, to work with peers in my youth group, community and even at the university where I attend to be able to better work with people who are different but want the same common goal”.

Similar sentiments were expressed by Mr. Stephon Corbin, also of Meadowbrook Gardens, who said that he was excited to learn new skills so that “I can go back home to my community and [share] the knowledge that I have been taught today … so that I can help others to understand what social cohesion actually means”. 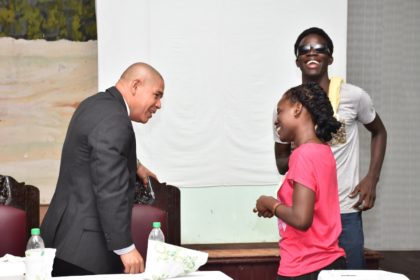 Additionally, Ms. Shavon Pitt, a representative of the Department of Culture, Youth and Sport, Volunteers and Support Programmes Platform said she has already learned that social cohesion is about allowing individuals to express themselves, “to develop other young people, not to criticise others but to cooperate with each other” in nation building.

Over the two-days the youths will be involved in sessions covering topics such as values, self-awareness, understanding diversity, trust building and nurturing communities, all aimed at advancing the social cohesion programme, within the context of implementing the National Strategic Plan on Social Cohesion 2017-2021. Trainers, Ms. Kala Seegopaul, Ms. Rishon Seegopaul and Mr. Quincy Richards, will lead these sessions. 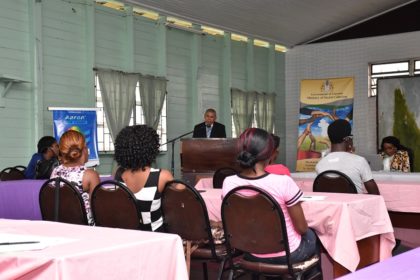 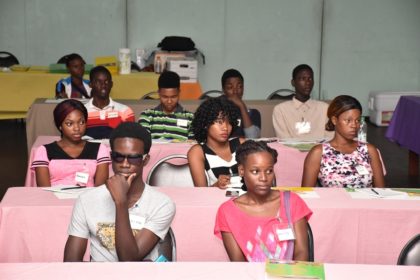