Despite the several challenges emerging from the Region Ten riverine communities, Regional Vice Chairman, Elroy Adolph, said that things are much better under this administration since they assumed office last year.

Adolph told the Government Information Agency (GINA) that “normally in past with the previous government when contractors built or repaired a school, a month or two after the boards are rotten or hanging. Since the new government took over, things are in place so we have value for money,” Adolph said.

Adolph explained that the government is working diligently in the education and health sectors despite the hiccups including shortage of drugs, expired drugs and lack of teachers, issues which were all brought to the Minister of Social Protection Volda Lawrence and Minister within the Ministry Keith Scott and team during a recent visit to the region. Adolph said, the region is also working “to get things done” to improve living standards. 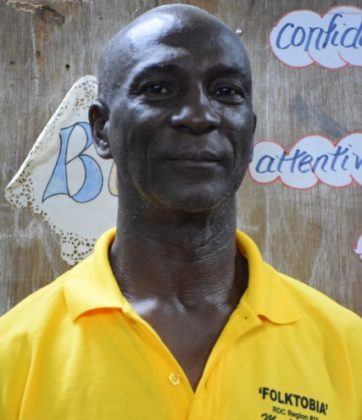 According to Adolph, the government has and is continuing to help the young people. Adolph explained that those who passed Caribbean Examinations Council (CXC) are given an opportunity to pursue teaching. “That’s an area that needs attention; all they needed was encouragement from the regional level and from the government.”

Furthermore, the young people in the community are grasping the opportunity to pursue careers in health and education something which was lacking in the past, the Regional Vice Chairman explained.

Additionally, Adolph pointed out that the current administration has been working diligently to improve the quality of construction works in the region.  “All in all things are working for the good,” Adolph said, “even though it seems very slow like nothing is working, I assure you that things are happening and we’ll continue to see the government’s promises come to pass.”

Ministers Lawrence and Scott and team recently visited several Region 10 riverine communities to listen to concerns of the residents where issues relating to education, health, communication and crime were highlighted.

Minister Lawrence in response to the various issues noted that her Ministry will work persistently to address those relating to her Ministry. Others, including crime, health and education will be forwarded to the relevant Ministers and Ministries to be addressed.