Students were asked to compose an essay under the topic: ‘How to make ships and their operations more environmentally friendly.’

Capturing the first prize was Shane Langevine of the St. Roses High School, who gained the highest grade of 90.5%. The second prize was awarded to Anthino Singh of the Tutorial High School, who was able to secure 88.2%. While Thuraia Thomas from the Marian Academy placed third with 84%. 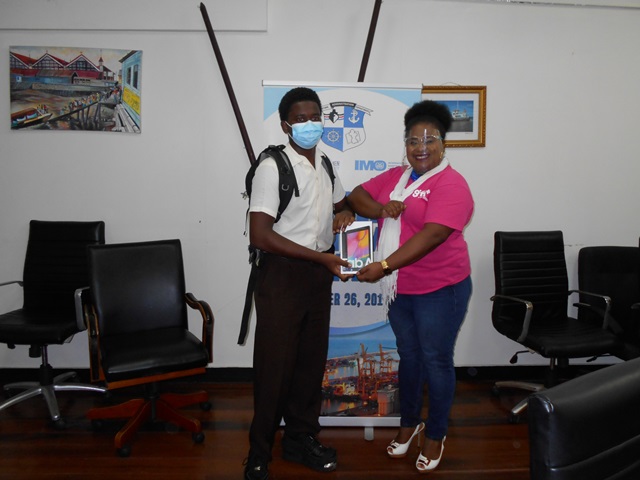 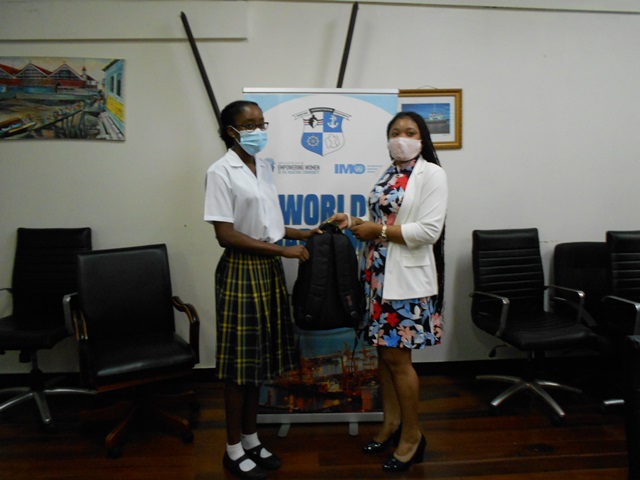 The competition was opened to students who are between the ages 14-18yrs old pursuing formal education at a recognised educational institution.

Director General of MARAD, Mr. Stephen Thomas lauded the students’ efforts and urged them to continue striving for excellence.

World Maritime Day is celebrated at the International Maritime Organization (IMO) Headquarters and worldwide, on the last Thursday in September every year.