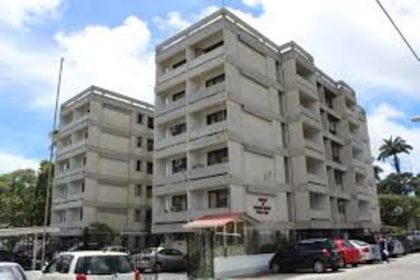 Thirty nine (39) Public Servants from the various Ministries and Departments have opted to do this course. It will last for three months.

The course was declared open by the Director of the Foreign Service Institute, Ambassador Ronald Austin. He referred to the importance of language and other cultural matters in forging relationships between states.

Guyana and China over the years have enjoyed fruitful and productive relations and the current course in Chinese language and culture will succeed in improving those relations.

Ambassador Austin pointed out that the interest in the Chinese language worldwide is directly related to the emergence of China as an economic power, and consequently a major player in the international system. China had, since its policy of reform and “opening up”, had maintained impressive growth rates, lifted millions of its citizens out of poverty, and is now the second largest economy in the world. Moreover, the International Monetary Fund (IMF) now accepts the Reminbi as one of the world’s reserve currency.

Ms Dannelle Marshal, Foreign Service Officer II then introduced Ms Janet Ma, the Head of the Confucius Institute. She gave the background to Ms Ma’s academic competence and achievements and referred to the work she has been doing as Head of the Institute in Guyana.

Ms Ma, in turn, spoke of the importance of language in understanding other countries and peoples. She took the opportunity to introduce Ms Zhao, who will be teaching the Chinese classes. She will be assisted by Ms Teresa Peng and Ms Aries Zhao, volunteer teachers. Ms Ma said that Ms Zhao is a very good teacher and will do her best in teaching Chinese to the participants in the course.

The introduction of Ma and Ms Zhao was followed by a cultural presentation. Ms Zhao introduced the performers and gave the background to the songs performed and the Chinese musical instrument used and the accompaniment, the Guzheng.