There is a sense of relief today, as the Coalition Government officially opened the long-awaited Manari bypass in Region 9, Upper Takutu-Upper Essequibo.

The bypass was constructed by JR Ranch Incorporation through a collaboration between the Ministries of Public Infrastructure and Natural Resources, at a cost of approximately $80M.

“With this new bypass, it is hoped lives will be saved” noted Minister Trotman.

He said government remains committed to bringing the good life to every Guyanese, regardless of where they are located.

“We have made a commitment to developing the hinterland region and as you can see, work is already underway” stated Minister Trotman. 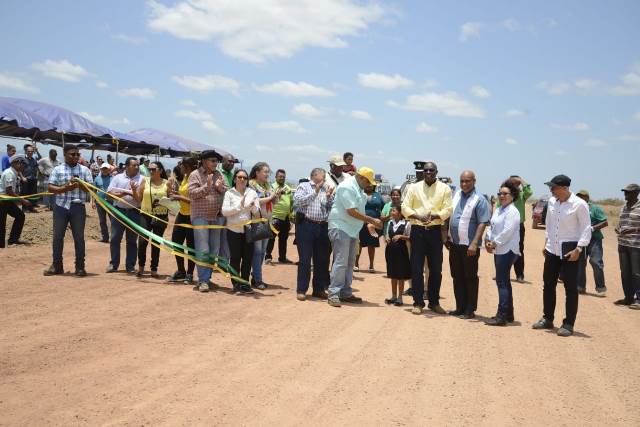 Ministers Trotman and Patterson cut the ribbon to mark the official opening of the Manari bypass. Malicha Cumberbatch [standing between the ministers] from Arapaima Primary School who helped to cut the ribbon. 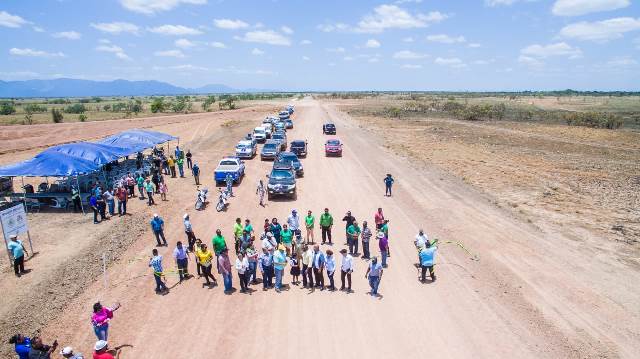 Overhead shot of the ministerial team shortly after the ribbon was cut to officially open the Manari bypass. 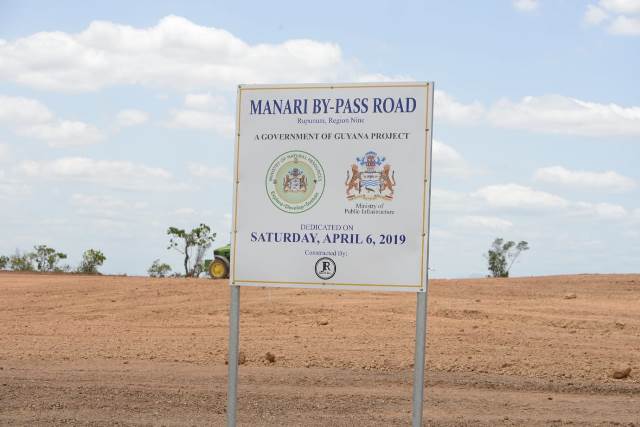 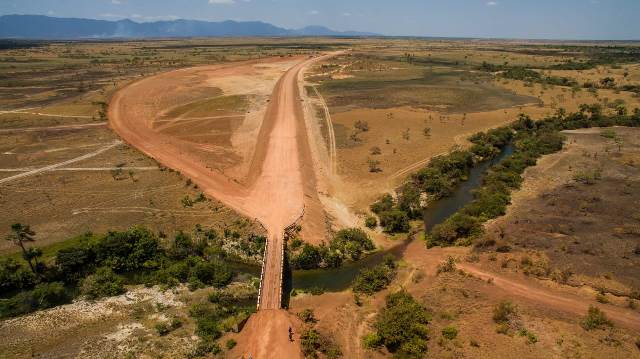 The bypass had been a sore subject for many who had lost friends and loved ones on what has been described as a dangerous turn, just before entering the town of Lethem. Before the new bypass, drivers coming off the Manari bridge had the hard task of a sharp left turn just off the bridge, and this has resulted in countless accidents and fatalities

In 2017, following the increase of accidents, particularly fatalities in the vicinity of the Manari bridge, JR Ranch Incorporated lobbied the government to find a solution to this major problem.

Both Minister of Public Infrastructure, David Patterson and Minister of Natural Resources, Raphael Trotman responded, and in little over two years, the bypass became a reality.

It saw over 20,000 cubic metres of fill material being used to raise the road to a reasonable height to mitigate the negative effects of flooding and landslides that are common in the generally flat terrain of the Rupununi Savannahs. Further, a 200mm layer of suitable lateritic material was placed and compacted on the finished roadway, providing a surface for good rideability.

With the new bypass, after the Manari bridge, drivers now have ease of continuing straight, on towards their various destinations.

Public Infrastructure Minister, David Patterson said he was happy with the project, and assured residents that this is just part of what government has in store for the region.

The bypass was opened under the theme “Improving travel comfort and saving lives” and forms part of the Coalition Government’s pledge to facilitate ease of transport by residents, visitors, loggers and minibuses along the Linden-Lethem corridor.