The report submitted by the Chief Elections Officer Keith Lowenfield has indicated that the March 2 General and Regional Elections lacked impartiality and fairness.

The CEO’s report which was presented to the Guyana Elections Commission Justice (retd) Claudette Singh, contains a tabulation of the recount of the ten Electoral Districts together with a summary of the observation reports for each District. 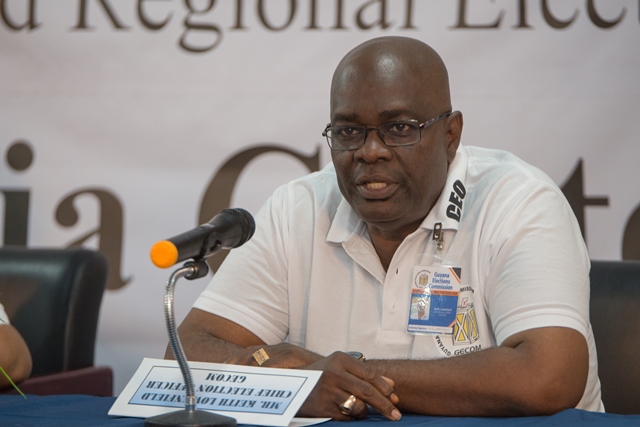 The observations reports submitted show that there were hundreds of irregularities in each electoral district which in turn affected thousands of votes for all parties involved in the elections.

Additionally, the thousands of other allegations highlighted by the A Partnership for National Unity and the Alliance for Change coalition were substantiated in the report by the CEO.

“In respect of the allegations of voter impersonation, responses from the Chief Immigration Officer and review of the General Registrar’s Office Deceased Reports confirmed that these were of substance,” the report stated.

Further, based on the anomalies and instances of voter impersonation identified it was noted at the end of every report for each district that the election “does not appear to satisfy the criteria of impartiality, fairness, and compliance with provisions of the Constitution and the ROPA Cap 1:03. Consequently, on the basis of the votes counted and the information furnished from the recount, it cannot be ascertained that the results in this District meet the standard of fair and credible elections.”

On Friday, His Excellency David Granger during an appearance on the radio show Straight Up had noted that there were too many anomalies to be ignored.