One way to keep the youth of the nation away from crime is to have them educated. This is the belief of ‘A’ Division Commander, Marlon Chapman. The commander said that over the years, the Guyana Police Force (GPF) has been working along with young people in various communities to get them on the right path.

He said that the Police Force has assisted hundreds of young people to enrol into institutions such as the Government Technical Institute, the Guyana Industrial Training Centre and even the GPF. 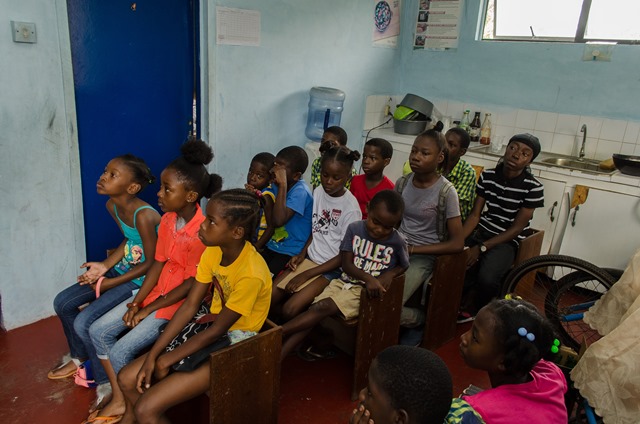 Young people from the North Ruimveldt Youth Group participating in a phonics class. 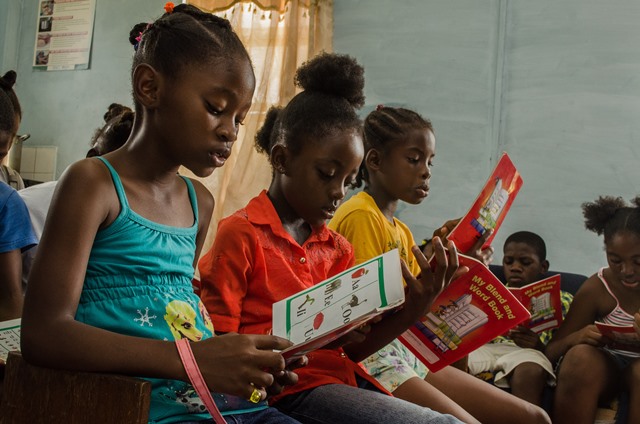 Young people from the North Ruimveldt Youth Group participating in a phonics class.

“We understand why it is necessary to have a skill; to be able to earn for yourself. As a matter of fact, persons from these same groups are now policemen and women” he stated.

In the past years, Guyana was plagued with crimes and young people were both the perpetrators and victims. It was a troubling period and police officers were feared. Today, the efforts of the police force have been helped to change the way young people view the work of law enforcement officers. This is due to the relationship the GPF has built with the various communities they are now active in.

Commander Chapman believes that sending young men and women to prison is not feasible. He said that the force has been playing its role to keep young people away from crime and out of the prison system.

According to the Divisional Commander, “the police force sees the need to assist these youths because it is not always the best thing to have a youth going up the court steps every day on a charge of simple larceny, we do try our best to avoid that and that is why we have these interventions.”

The Guyana Police Force has established hundreds of youth groups throughout the country.  These groups cater for children as young as five years old who are involved in various activities such as sport, reading, mathematics and skills training.

Another programme that aims to improve the behaviour of the at-risk youth is the Citizens Security Strengthening Programme (CSSP). Under one of the components of this plan,  young people, aged 16- 25 undergo skills-training as a crime reduction strategy.