Director of Energy, Dr. Mark Bynoe, this morning, announced that the Stabroek Block Operator ExxonMobil has made its 13th discovery offshore Guyana at the Yellowtail-1 well.

Yellowtail-1 represents the fifth discovery in the Turbot area, where ExxonMobil is evaluating its potential as an additional development hub.

“Guyana continues to receive positive news with the announcement of these oil finds offshore, but of course, as I have said previously, the real substance of these finds will accrue only when citizens are able to benefit directly or indirectly from these discoveries. While we are already seeing substantial uptick in investment ventures, we as a Department we will be relentless in ensuring that we optimise the returns from these resources for all of Guyana” said Dr. Bynoe.

The well encountered approximately 292 feet (89 metres) of high-quality [oil] bearing sandstone reservoir and was drilled to a depth of 18,445 feet (5,622 metres) in 6,046 feet (1,843 metres) of water. It is located approximately 6 miles (10 kilometres) northwest of the Tilapia discovery.

“The rate of these oil discoveries demonstrates the magnitude of Guyana’s natural resources. For years, Guyanese have heard of the country’s oil potential and we are now seeing it manifesting. The Department of Energy intends to employ international best practice in managing this resource and the monies that will be derived therefrom to give Guyanese ‘the good life’ that is in consonance with the construct of the Green State Development Strategy” Dr. Bynoe added.

In February, ExxonMobil announced its 11th and 12th discoveries offshore Guyana at the Tilapia-1 and Haimara-1 wells in the southwest section of the Stabroek Block.

Meanwhile, the Noble Tom Madden began drilling the Yellowtail well on March 27, 2019. Thereafter, it will drill the Hammerhead-2 well.

ExxonMobil intends to drill more than 10 exploration and appraisal wells offshore Guyana in 2019 and 2020. The company has noted the potential for at least five floating, production, storage and offloading (FPSO) vessels on the Stabroek Block producing more than 750,000 barrels of oil per day by 2025.

Start-up of the Liza Phase 1 development is expected to begin early in the first quarter of 2020 and will produce up to 120,000 barrels of oil per day utilizing the Liza Destiny FPSO. Liza Phase 2 is currently awaiting a final investment decision, but is projected to commence production by mid-2022. 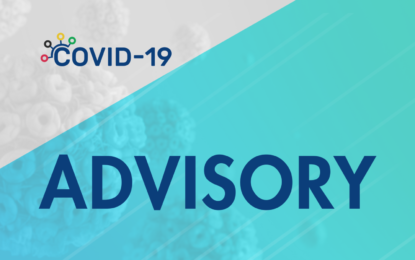 Author Details Staff Writer Author Department of Public Information email communications@dpi.gov.gy follow me May 25, 2020 –This notice serves to inform Guyanese nationals whose permanent country of residence is Guyana and who have been unable to travel home due to the closure of... END_OF_DOCUMENT_TOKEN_TO_BE_REPLACED