First self-reliance in business workshop for 2017 opened at Kildonan

Georgetown, Guyana – (January 9, 2017) More than 40 women, today, joined First lady, Mrs. Sandra Granger for the opening of the twelfth Self Reliance and Success in Business workshop for 2017, at Kildonan, East Berbice-Corentyne, Region Six.

Speaking at that ceremony, Mrs. Granger said that women should value their skills and not only be dependent on their male partner but also to be empowered and use it to empower themselves to avoid dependence on their partners. “One of the things that I feel is important, is that women begin to understand themselves, and to recongnise what is in them,” Mrs. Granger said. 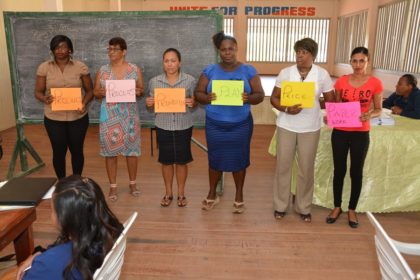 Mrs. Granger also stressed the importance of the women’s ability to develop their communities.  “The other thing that is good about this workshop… [is that] it starts you out; you could know nothing about business management, financial management, business plans and all the rest of it… But [when you complete this workshop] you will know how to run a business at the most basic level,” Mrs. Granger said.

The First Lady thanked former Minister of Social Protection, Mrs. Volda Lawrence for her support through that Ministry, under which the workshop has received funding.

During the five day period the women will learn the basic steps involved in planning and developing business ideas, which comparable with the format provided by Small Business Bureau. They will also form small groups to focus on the predominant social issues affecting their communities. Director of Interweave Solutions Incorporated Mr. Wayne Barrow said that these group initiatives are major success coming out of the workshop as it allows the women to be empowered to directly impact their own communities.

“We want to get people out of poverty. That’s the First Lady’s aim; to get you out of poverty to a level where you are self-reliant. When we

First Lady, Mrs. Sandra Granger told the group women that “It is important that you understand yourself’ at the opening of the twelfth Self Reliance and Success in Business workshop.

speak about self-reliance, we’re talking about the ability, the commitment and the effort to provide for yourself, and for your family.  It is important that you know what you’re about before you start thinking about money…as long as you have these principles in place, you’ll be able to run your business effectively,” Mr. Barrow said.

Echoing the sentiments of Mr. Barrow, Regional Chairman of Region Six, Mr. David Armogan said that the First Lady’s initiative is a great one, reaching rural communities, and is very beneficial to women.    He said that rural communities can gain from this type of initiative, since those are the areas mostly affected with women who have been relegated to their homes.

Mr. Armogan further urged the women to take advantage of what is being offered to not just develop themselves but also their community at large.  “Once you come together and do things together you’re able to move your community upwards,” Mr. Armogan said.

Also present at the opening of the workshop was Regional Executive Office of Region Six, Ms. Kim Williams Stephen.

The Self Reliance and Success in Business workshop has over the last year trained over 300 women to be successful entrepreneurs and empowered women.   This is the first workshop for 2017 and is expected to continue next week with another workshop in Region Three, Essequibo Islands-West Demerara. 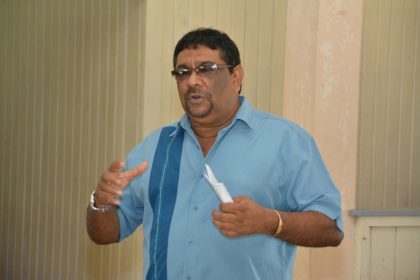 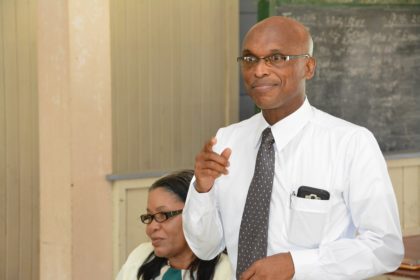 Participants of the the twelfth Self Reliance and Success in Business workshop in Kildonan East Berbice-Corentyne, Region Six.