The community of Great Falls, also known as Mabura in Upper Demerara-Berbice (Region 10) will soon be connected to the World Wide Web with the establishment of two community Information and Communications Technology (ICT) Hubs.

Minister of Indigenous Peoples’ Affairs, Sydney Allicock and Minister of Public Affairs, Dawn Hastings-Williams along with Senior Administrator, National Data Management Authority (NDMA), Marlon Pearson visited the community on Wednesday, to engage the residents and to review the project. 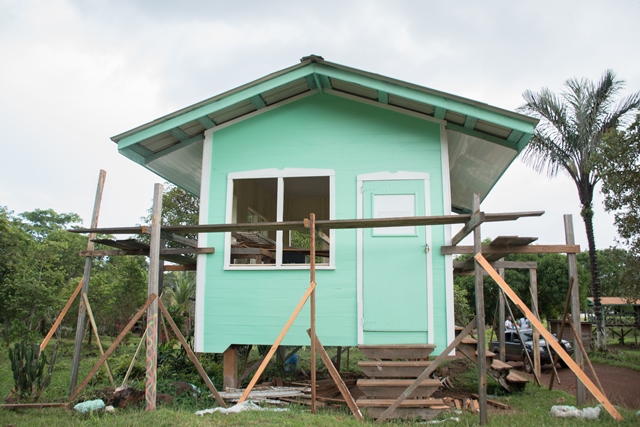 The community ICT Hub under construction at 58 Miles, Great falls. 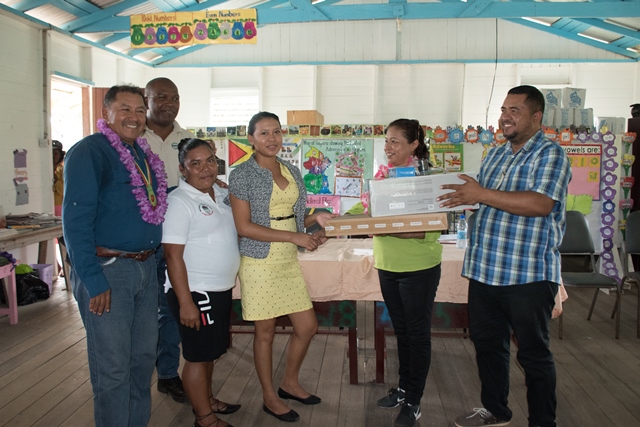 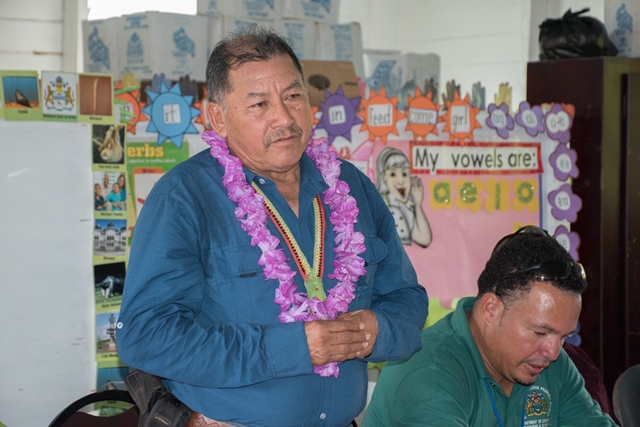 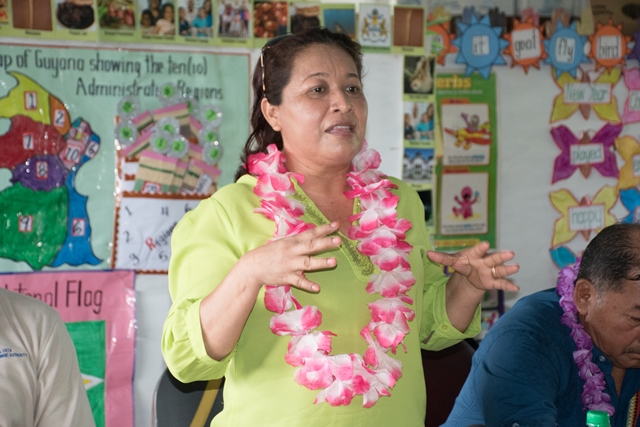 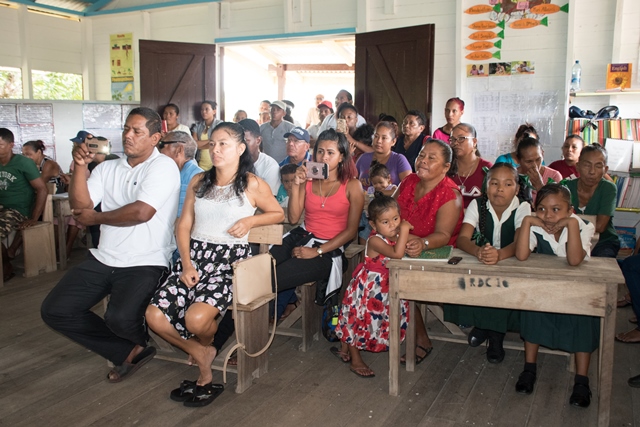 Residents gathered at the community meeting at the Mabura primary School. 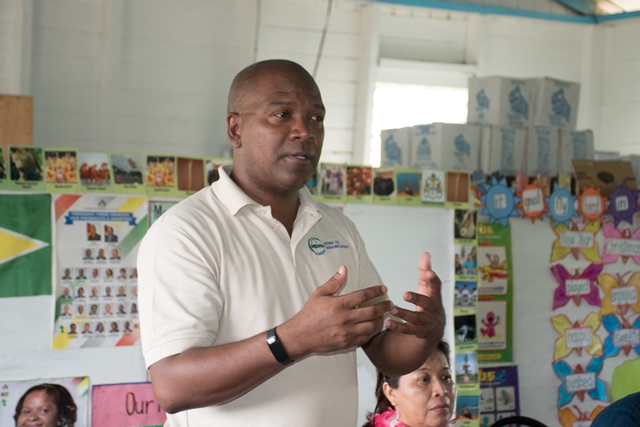 At a community meeting held at the Mabura Primary School, Minister Allicock reiterated the government’s commitment to linking the coastland with the hinterland through communication.

It is imperative, he noted, that communities be able to communicate with central government and the regional administration on issues affecting them; therefore, access to information on national and international affairs is crucial. As such, the government has so far installed close to 200 ICT hubs across the country and established community radio stations at Mabaruma, Bartica, Mahdia, Lethem, Orealla and Aishalton.

Minister Hastings, who donated a computer and printer to the village, noted the importance of ICT to one’s development. She said that the project will be of great benefit to mainly the students who will be able to connect with the world, and teachers will be able to enhance their teaching material.

The buildings to house the ICT Hubs are being constructed by the Village Council at the cost of $2M. The National Data Management Authority, under the auspices of the Ministry of Public Telecommunications, will install the computers, solar panels and other equipment once the buildings are completed. Persons will also be trained to manage the facilities.

Teacher of the Mabura Primary School, Shevonne Williams, expressed much appreciation to the government for the initiative which she said will be a plus for the youths in the village. “This is a big step for our children because as interior children we don’t know nothing about computer, but at least that [the ICT hub] would be a boost.”

On the computer and printer donated, Williams said that the school will now have the tools to print its own materials, instead of travelling for two hours to Linden Town to have a document printed.

NDMA’s Marlon Pearson said that the aim is to ensure all communities are provided with the necessary tools to communicate through community ICT hubs. He explained that the government is also looking at implementing an e-health project which will allow doctors, nurses and community health workers to communicate with health specialist in the city and around the world on unique medical issues they may encounter. There is also the e-commerce aspect where the village can promote the area as a tourism destination, and the farmers can showcase their produce online. Villagers will also have access to government services online.

Great Falls Village, is a small Indigenous community located on the bank of the Demerara River. The area has two Nursery and Primary schools, a health centre and a village office.