Mining must be done in a safe, environmentally friendly manner – Min. Allicock

Minister of Indigenous Peoples’ Affairs, Sydney Allicock has reminded residents of Parabara, a village that depends heavily on mining, that while the industry is considered to be among the largest lucrative industries in Guyana and contributes significantly to the country’s Gross Domestic Product (GDP), there is a need for balancing the benefits of mining with that of preventing damage and harm to the environment.

“We [the government] …are saying that mining needs to be done in an orderly manner. There are rules that guide us… We have to focus on how we can mine in a better way, not in an ad hoc manner.” 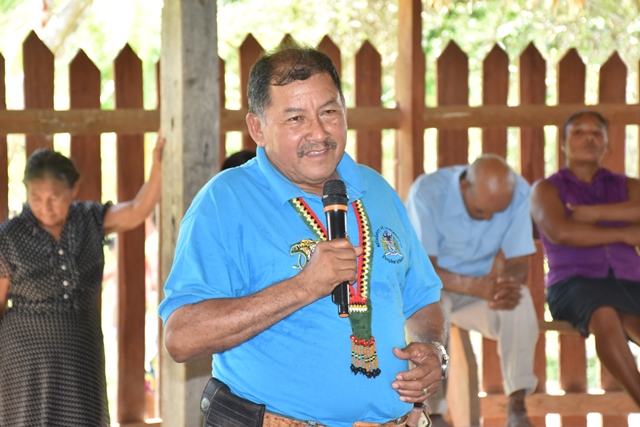 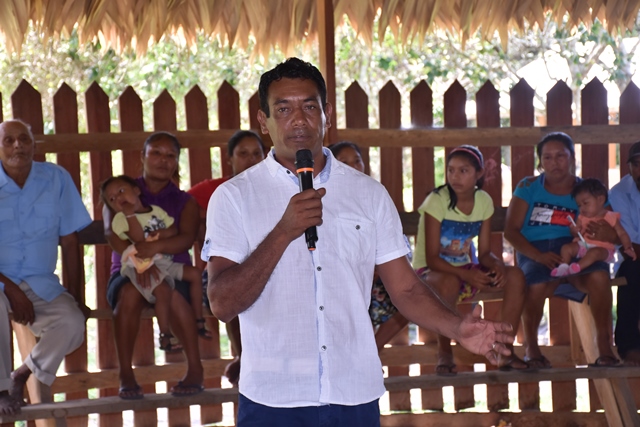 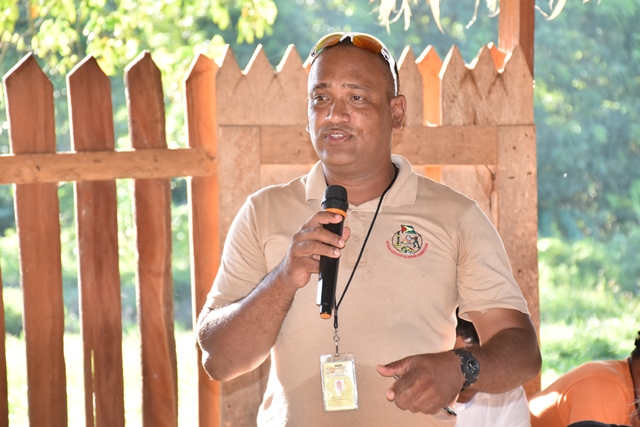 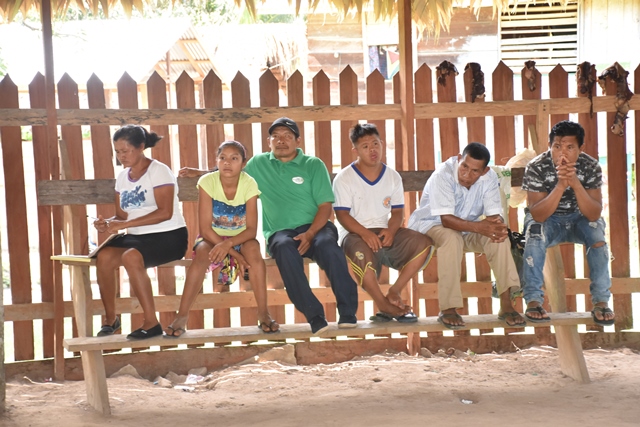 Some of the residents at the community meeting.

The minister was addressing residents and miners at a community engagement in Parabara, a small Indigenous village located in the Deep South Rupununi, Upper Takutu-Upper Essequibo Region (Region 9). He was accompanied by Chairman of the National Toshaos Council (NTC), Toshao Nicholas Fredericks, Senior Engineer of the Guyana Geology and Mines Commission (GGMC), Trevor Hurry and representatives of the South Rupununi District Council and the Guyana Police Force (GPF).

Parabara has a population of over 160 Wapichan and Wai Wai people that depend heavily on mining for their livelihoods. There are about three mining areas, including Marudi, close to the village. However, During the interactive session, the residents expressed concerns regarding miners encroaching on their proposed titled lands. It is also alleged that one member of the Village Council gave permission to a miner to excavate in the area without consulting the villagers. They also said that the waters are contaminated and pose a threat to their health.

Minister Allicock explained that the government is embarking on a green economy through the Green State Development Strategy (GSDS) and therefore, it is imperative that persons understand the importance of safeguarding the environment, and especially avoiding the harmful pollution of the creeks and rivers that the people depend on for domestic use.

“The miners are mining in the river. When you start to pollute the area, the people suffer. Water is our most valuable resource, nothing survives without water.”

He reminded there is a process that has to be followed when making such decisions, and that the GGMC is the only authorised body to give permission to mine in an area.

The minister said that the village application for land titling is currently at the Cabinet, and these issues, he added, can have a negative effect on the demarcation process.  He urged the village council to bring together all parties involved to sort out their differences to move the development of the community forward. Minister Allicock added that the Guyana Water Incorporated will be visiting the area shortly to address their water issue.

Providing an update on GGMC enforcement operation at Marudi, Engineer Trevor Hurry clarified that the plan is to have an organised and strategic approach on how mining is conducted in the area. He said that the operation is a collective effort between the GGMC, Ministry of Natural Resources, Rupununi Miners Association, Guyana Women Miners Organisation and the SRDC.

To those miners from Parabara who were asked to be removed, Hurry assured that they will be allowed to return once everything is organised.

Toshao Fredericks emphasised the need for a sterner governance structure within Parabara to deal with the many issues in the village. He said that the NTC along with the SRDC will be working along with the young Toshao to provide guidance and capacity building on how to better manage the community.